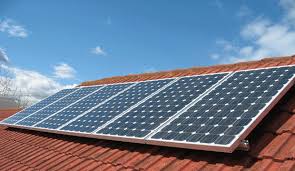 52,702 families in Greater Manchester will see their electricity bills falling by an average of £117 after Labour announces radical plans to install solar panels on two million homes and take the national grid into public ownership.

Jeremy Corbyn, Leader of the Labour Party, and Rebecca Long Bailey, Shadow Secretary of State for Business, Energy and Industrial Strategy will set out radical plans to fit one and three quarter million homes with electricity-generating solar panels as part of Labour’s Green Industrial Revolution on a visit today.

Labour’s plans will fit solar panels on a million social homes and those of low-income households to tackle fuel poverty, provide them with free energy and save an average of £117 a year on their bills, which could rise to £270 for retired households.

Across the UK, Labour estimates its policy will create 16,900 jobs and save 7.1 million tonnes of CO2, equivalent to taking 4.0 million cars off the UK’s roads.

In Greater Manchester, over 632,000 solar panels, would be installed under Labour’s plans. 52,702 households in can therefore look forward to their electricity bills falling by an average of £117 under the next Labour government.

Any unused electricity generated by the programme will be used by the national grid, which Labour will take into public ownership, raising an additional £66m per year for local authorities.

The publicly owned grid will build out connections to parts of the country with high solar, wind and tidal potential, overcoming the bottlenecks, inefficiencies and underinvestment that has characterised private ownership.

The National Energy Agency (NEA) will own and maintain transmission infrastructure, replacing the National Grid. The NEA will ensure access to electricity and heat as a human right and set and oversee targets for decarbonisation to meet Labour’s target of 60% renewable energy by 2030 and net zero carbon before 2050.

Where local authorities want to accelerate the energy transition, they will be able to set up Municipal Energy Agencies (MEAs), and take over responsibility for ownership and operation of distribution networks from the REAs. MEAs will then own and operate distribution networks, enabling them to integrate networks with local generation and supply.

In addition to the public institutions described above, Labour will support the establishment of Local Energy Communities (LECs) to develop small scale energy generation and engage with distribution at the micro level (e.g. a housing estate, street or small village). LECs will be wholly community owned and non-profit making.

“In this country, too often people are made to feel like the cost of saving the planet falls on them. Too many think of green measures as just another way for companies or the government to get money out of them, while the rich fly about in private jets and heat their empty mansions.

“Labour’s approach is particularly different. Our Green Industrial Revolution will benefit working class people with cheaper energy bills, more rewarding well-paid jobs, and new industries to revive the parts of our country that have been held back and neglected for far too long.

“By focusing on low income households we will reduce fuel poverty and increase support for renewable energy. Social justice and climate justice as one. Environmental destruction and inequality not only can, but must be tackled at the same time.”

“Climate change represents a risk to our future, but also an opportunity to gather our resources and transform it through a Green Industrial Revolution. That means dramatic, public driven and coordinated action, without which we simply will not be able to tackle climate change.

“So our plans see climate justice and social justice as inseparable. It’s an insult and an injustice to our people and our planet for companies operating the grid to rip customers off, line the pockets of the rich and not invest properly in renewable energy.

“Only by taking the grid into public ownership can we decarbonise the economy at the pace needed to secure the planet for our children and grandchildren while ending the rip off, creating good jobs in local communities and making heating and electricity a human right.

“That’s why public and collective ownership is a fundamental part of Labour’s Green Industrial Revolution.”