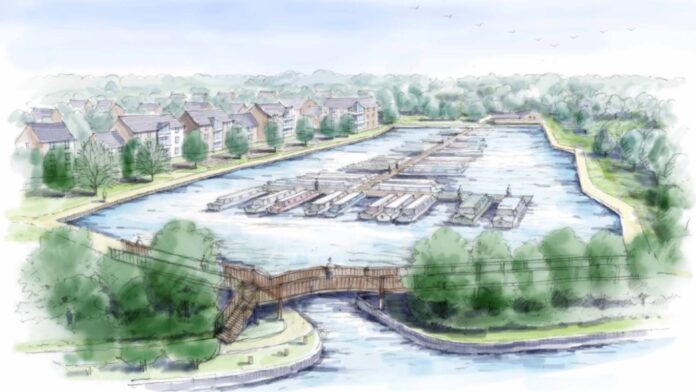 The Court of Appeal has upheld a decision by Salford Council that Peel Land and Property cannot build 600 new homes at Broadoak in Worsley.

The original decision not to allow homes on the land was made by Salford City Council in 2013. Peel Land and Property has since taken a challenge back to the courts three times.

The greenfield site is a mixture of woods, meadows and open land and stretches from Monton Green to Worsley Road, and is protected by policies in the city’s Unitary Development Plan.

The creation of the Worsley Greenway was down to the vision of Ben Wallsworth, aged 100, the former chairman of Salford’s planning committee. He was awarded the freedom of the city last year and has been an ardent champion of green issues in the City of Salford.

Salford City Mayor Paul Dennett said: “This is the third time Peel Land and Property has taken this to court and each time the council’s decision has been upheld. Each time it goes to court it wastes vital taxpayers money that could be much better spent on services that benefit local people, especially after ten years of government imposed cuts and given the current financial challenges we face as a consequence of the impacts of the COVID-19 virus.

“The decision of the council is also supported by the opposition party in Salford, local campaigners and residents, who have done a fantastic job in raising awareness and putting the case across.

“There is no doubt we need more homes in the city, but they need to be in the right places. We will not roll over and let developers build where they want and we must continue to do all we can to avoid planning by appeal, whilst also tackling the housing and homelessness crisis we’re facing.”

Peel L&P has now confirmed it will not pursue the Broadoak legal case further, accepting the decision of the Court of Appeal. The company will continue to progress its investments and partnerships elsewhere in the City.

“We’re disappointed that our arguments have not been accepted about the need to develop the Broadoak site to help address Salford’s growing shortage of family and affordable homes. We’re also disappointed not to have the opportunity to create something really special and sensitively designed. However, we recognise this has become a sensitive issue and, with the passage of time and other priorities, we have decided not to pursue the Broadoak legal case further. We look forward to focusing our efforts elsewhere in the city.”

“Our many investments in Salford have helped transform the city over the last three decades, bringing improved prosperity and wellbeing. We’re proud to be a partner with the City Council and others through projects at MediaCityUK, Port Salford, AJ Bell Stadium, the Bridgewater Canal and RHS Bridgewater and we will continue progressing our other investments and making the case for meeting the City’s range of housing needs.”