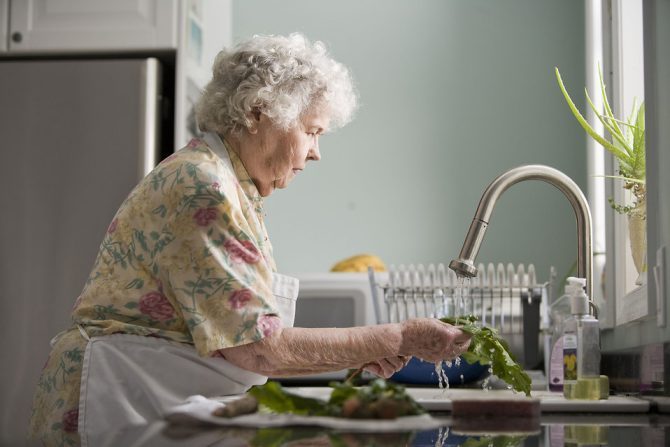 Older people in private rented accommodation are “invisible” in policy decisions on housing and age-related issues.

That’s despite older private renters being more likely to report cold and damp in their homes, expecting to get into financial difficulty in the future, and being in poverty after housing costs.

A report from charity Independent Age found that almost one third (32%) of older private renters feel their accommodation isn’t suitable for their needs.

One in 10 of all private rented households are occupied by older people, an estimated half a million people. Over the next 20 years, it is projected that the number of older households living in private rented accommodation will increase by around two-thirds, from 338,000 households to around 549,000.

Many older people who rent have done so all their lives. Older private renters are disproportionately more likely to move than older people in other household tenures, with more than three-quarters (77%) moving to another privately rented home or to social housing.

Other findings from the report, titled Unsuitable, insecure and substandard homes: The barriers faced by older private renters, include the fact that twice as many private renters aged 65 and over say they have cold and damp in their homes compared to older homeowners or social renters.

More than one in four (29%) older private renters say they sometimes or often have too little money, with one in seven saying they don’t go out socially because they can’t afford it.

One third of private renters aged 65 and over are living below the poverty threshold after they have paid their rent, with poverty levels higher among private renters than older people in other housing situations.

Older private renters are more likely to have paid for adaptations to their home themselves, with almost two in five (38%) having done this. Just one in 12 (8%) said their landlord paid for adaptations, compared to one third (33%) of social renters.

Janet Morrison, Chief Executive of Independent Age, says, “Life as an older person in private rented accommodation can be unstable and financially insecure, yet they are often invisible in thinking about housing. Older private renters face a delicate balancing act of rising rents on a low fixed income, the unnerving possibility of being forced out of their home at short notice, dealing with unscrupulous landlords, and the fact that their home may not even be suitable for their needs. They may also lack the emotional and familial support needed for this.

“It is shameful that a third are already living below the poverty threshold. Government and local authorities must ensure that renters of all ages have a safety net to prevent them being forced into poverty, and that they have recourse to challenge landlords when they feel that they are being poorly treated.”