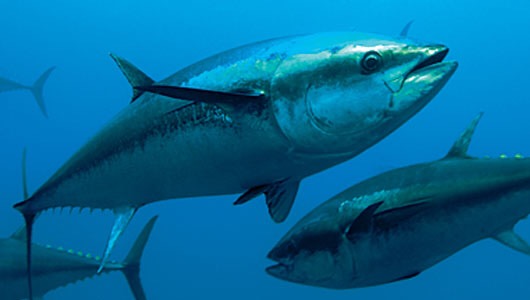 Scientists at The University of Manchester, working with colleagues at Stanford University in America, have discovered how prized bluefin tuna keep their hearts pumping during temperature changes that would stop a human heart.

Pacific bluefin tuna are top predators renowned for their epic migrations across the Pacific Ocean. They are also unique amongst bony fish as they are warm bodied (endothermic) and are capable of elevating their core body temperature up to 20°C above that of the surrounding water. They are also capable of diving down below 1000m into much colder water which affects the temperature of their heart.

Dr Holly Shiels at the university’s Faculty of Life Sciences says: “When tunas dive down to cold depths their body temperature stays warm but their heart temperature can fall by 15°C within minutes. The heart is chilled because it receives blood directly from the gills which mirrors water temperature. This clearly imposes stress upon the heart but it keeps beating, despite the temperature change. In most other animals the heart would stop.”

The mis-match between oxygen demands of the tunas’ warm swimming muscles and the cardiac system that operates at water temperature is a puzzle the team has long been trying to solve.

“Tunas are at a unique place in bony fish evolution” says Professor Barbara Block at Stanford. “Their bodies are almost like ours – endothermic, but their heart is running as all fish at ambient temperatures. How the heart keeps pumping as the fish moves into the colder water is the key to their expanded global range.”

To study the problem the team, including Dr Gina Galli from Manchester’s Medical and Human Sciences Faculty, worked at the Tuna Research and Conservation Center at Stanford University one of the only places on the planet with live tuna for research.

Professor Block’s team used electronic tags to monitor bluefin tuna in the wild: “These fish are born in the waters off Japan and will swim across the ocean in their first year of life to California. Here we tag the tunas and follow their migrations for years. The data reveals the tuna are very broad ranging in their thermal tolerances and the team from Manchester and Stanford University have worked together for nearly two decades to reveal how the heart of this unique fish is specialised for meeting these temperature changes.”

Tracking bluefin tuna in the wild using archival tags, the researchers were able to measure three things: the depth of the fish; its internal body temperature and the ambient water temperature. They then used the wild data to set the experimental conditions in the lab with single tuna heart cells to see how they beat. The results have been published in Proceedings of the Royal Society B.

Dr Shiels explains their findings: “We discovered that changes in the heart beat due to the temperate, coupled with the stimulation of adrenalin by diving adjusts the electrical activity of the heart cells to maintain the constant calcium cycling needed to keep pumping. If we went through this temperature change our calcium cycling would be disrupted, our hearts would stop beating and we would die.”

Professor Block says that the discovery may explain some strange behaviour they’d monitored in the tagged tuna: “We were recording the fish swimming down into colder depths only to resurface quickly into the warmer surface waters, a so called “bounce” dive. From work at sea and in the lab we now know the fish hearts slow as they cool and as they resurfaced it sped up. Our findings suggest adrenalin, activated by the stress of diving, plays a key role in maintaining the heart’s capacity to supply the body with oxygen.”

The next step for the team will be to test other fish species to see if this method of keeping the heart pumping at low temperatures is unique to bluefin tuna.

Professor Block says: “We’re also exploring the bluefin’s heart at the warmest temperatures possible as this may be where their limitations are. To date, the studies have pushed the bluefin heart to 28C.”

Dr Shiels concludes: “This research was about understanding how animals perform under dramatic environmental changes. This gives us a clear insight into how one species maintains its heart function over varying temperatures, something we will need to study further given recorded changes in the earth’s temperature.” 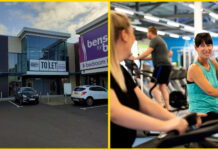 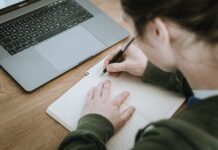 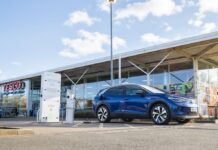 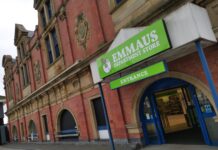