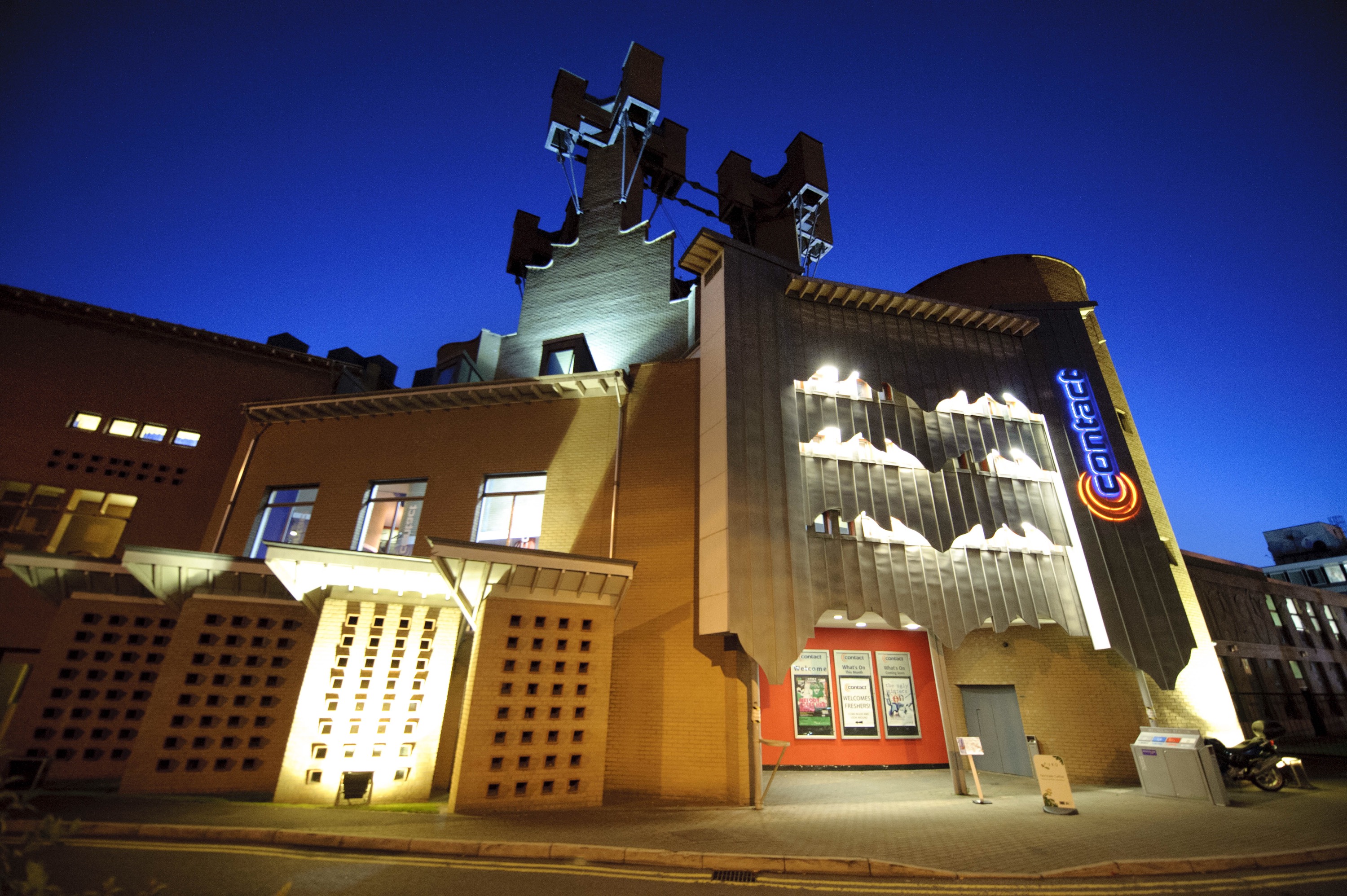 Manchester’s Contact Theatre is going to be getting a £6m remodelling, transforming the visitor experience and improving its visibility from Oxford Road.

The theatre has appointed Sheppard Robson to improve the capacity and flexibility of the performance and media spaces and redesign the public areas including box-office, bar, café, meeting spaces and young people’s project areas.

The project will also include the overhaul of back of house spaces, including office, training and hire facilities and new-build elements to improve the overall capacity of the venue by around 300 sq m.

Arts Council of England has already earmarked £3.85m towards the development and Corridor Manchester partners, the University of Manchester and Bruntwood, have both committed significant in-kind support, including high-level development and project management advice and assistance.

Contact’s highly distinctive existing structure, designed by architects Alan Short and Associates and completed in 1999, will be fully retained, with careful attention paid to how the building now engages and connects with its immediate urban setting through the new additions, improved lighting design and integration of new landscape elements.

James Jones, associate partner at Sheppard Robson, said: “The team’s ambitions are to significantly improve the experiences of visitors, performers and staff whilst also looking at how Contact can make the most of its setting along Corridor Manchester, which is quickly becoming the commercial, educational and cultural spine of the city.

“As a practice, we have been heavily involved in shaping the Corridor through recently completed projects such as Citylabs, Birley and the Alan Gilbert Learning Commons. We are delighted to be working on such a diverse range of projects that are having such an impact on this part of the city.”

Matt Fenton, Artistic Director / Chief Executive at Contact added: “We’re delighted about the appointment of Sheppard Robson to lead the process of transforming Contact’s building. The project will cement our role as the leading arts organisation nationally focussing on young creativity and leadership, as well as delivering a state of the art production facility for innovative new performances and digital projects, for audiences in Greater Manchester, nationally and online.”