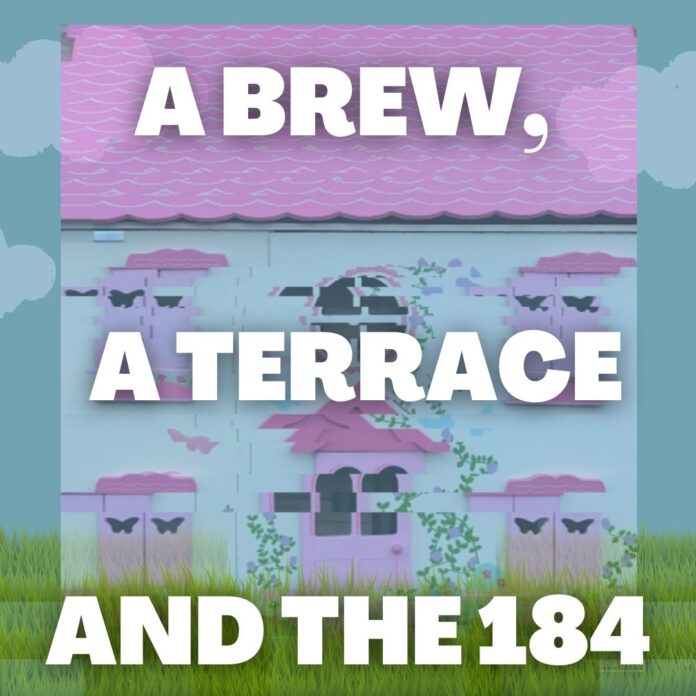 Oldham Coliseum Theatre Micro Commissions – A Brew, A Terrace and the 184 from Bog Standard Creatives and The Newcomer from Joyce Branagh – tell two stories of growing up in Oldham, in the present day and in the 1950s.

Released on 23 April, A Brew, A Terrace and the 184 is a filmed play that follows the lives of brother and sister Adam and Jess, who, following the death of their mother, return home to her once rented accommodation to begin moving her possessions. Along the way we learn what life was like as a family living on the breadline in Oldham. The siblings are faced with tough times, but with help from their mum’s wise words they look toward a brighter future.

Bog Standard Creatives are Chloe Heywood and Rowan Prescott, who met at Oldham College and were both involved in the Coliseum’s youth drama programs before moving on to study at Royal Central School of Speech and Drama and Arden School of Theatre respectively. Chloe is a theatre maker and director that focuses on using theatre as a method of challenging stereotypes and Rowan is an emerging actor and producer whose work blends lived experiences and theatrical devices.

Available to watch for free on the Coliseum’s website and YouTube channel, A Brew, A Terrace and the 184 is filled with authentic stories, injecting comedy and laughter whilst tackling the harsh realities of growing up in a town where deprivation is prevalent.

Released on 30 April The Newcomer by Joyce Branagh is an audio play telling the remarkable true story of Sophie Wild, who came to the UK for the very first time in the 1950s, finding herself in Oldham.

At a workshop with the Coliseum’s over 50s group Full Circle in February 2020, before the beginning of the pandemic, Joyce asked the group what stories they think should be put on the Coliseum stage; several members called out ‘you need to hear Sophie’s story’.

A current member of Full Circle, Sophie was born in Poland and had spent 18 months in a German Nazi concentration camp before she came to England, aged just 12. Oldham was quite a culture shock, but she found acceptance, became a nurse and found love.

After interviewing Sophie, Joyce also worked with students from Kingsway Park High School to see how they reacted to her story and learn about how they, 60 years later, related to it.

Joyce Branagh is a Theatre Director, Writer and Actor. She has directed several plays at the Coliseum and has been involved in a number of new writing projects. Her recent writing and directing work includes: Ladies That Bus (UK tour); the Manchester Theatre Award winning Boomtown Gals and For The Record.

The Newcomer is written and produced by Joyce Branagh and is read by Sarah Groarke, with valuable input from students at Kingsway Park High School. It is available to listen to free on the Coliseum’s website and on all the usual podcasting platforms.

Exploring themes of health and wellbeing, local stories or work for and with young people from Oldham, the Coliseum’s Micro Commissions 2021 respond to the world as we live in it today, over a year on from the beginning of the pandemic.

Previously released Angel of History from Digital Artist Grant Archer in collaboration with ballerina Nicky Hensall, actor Shobna Gulati and composer Akshay Gulati is a moving short film exploring what it has meant to be a performer during the pandemic, when all regular creative outputs had been restricted.

Further commissioned pieces will be released throughout May: Dare to Know Theatre’s community verbatim piece A Broken Family, Together; Tori Burgess’s audio drama A Tale of Two Giants – based on the Saddleworth folk tale of Alphin and Alder, Caitlin Gleeson’s One Foot In Front of the Other – exploring health and wellbeing through the lens of walking; and the online culmination event of Jade Williams’s creativity and wellbeing project for young people inspired by Black British history, Pablo Fanque’s Fantastic Fair.

All Oldham Coliseum Micro Commissions 2021 are free to access, however the theatre asks that audiences consider making a donation to help them support more great artists to create new work.