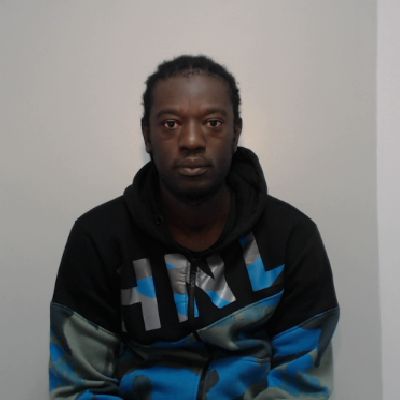 Khadimou Diagne,33 of Swinley Road, Wigan has been jailed for seven years at Bolton Crown Court for attempted rape after pleading guilty at an earlier hearing.

At around 5.25am on Sunday 1 October 2016, a 38-year-old woman was walking through Wigan Town Centre when she was befriended by Diagne.

The pair continued to walk together along Central Park Way and down an alleyway that leads to the side of The Royal Oak pub on Standishgate.As they crossed onto Standishgate, the woman collapsed and fell unconscious.

Unable to bring her to her feet, Diagne dragged her helpless body by the arms back into the alleyway and laid her on the floor before he removed her clothing and attempted to rape her as she remained comatose.

He fled the scene, leaving the victim on the floor for one hour in the pouring rain before she was found by a passer-by who called for an ambulance.

The attack was captured on CCTV and footage and images of the suspect were produced.

On Monday 24 October 2016, an off-duty detective recognised Diagne on Swinley Road, Wigan. He was later arrested and initially denied any involvement in the incident and that it was him in the CCTV footage.

He appeared at Bolton Crown Court on 9 December 2016 where he pleaded guilty to attempting to rape the victim.

Detective Constable Brendan Greally of GMP’s Wigan Borough, said: “This was a despicable attack on a lone woman and, the callous manner in which he carried out this crime and then left her unconscious in the street, demonstrates the kind of individual he is.

“Everyone should be able to go about their daily lives without fear of being raped and I hope today’s result brings some comfort to the victim following the chilling ordeal she was put through, knowing her attacker is behind bars, unable to cause any further harm.”

Home Office admits to errors over calculating the Police Budget