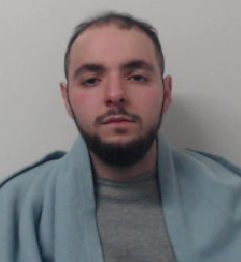 A Manchester man has been jailed for a miniumum of twenty five years for the murder of his friend and business partner last May in Beswick.

21-year-old Hamze Ibrahim Ismail was found with multiple stab wounds at a property on Hinckley Street and was  pronounced dead a short time later.

Later that day, Mohamed Khaskhush aged 25 of Great Ancoats Street, Manchester presented at Longsight Police Station and was arrested on suspicion of murder. He was taken in to police custody for questioning and was subsequently charged with murder.

Khaskhush and Hamze were friends who had gone in to business together. They eventually started growing cannabis and got in to an argument about money. As a result of that dispute, on the night in question, Khashkhush drove to Hamze’s home to confront him and, following a short altercation, the defendant stabbed the victim several times.

Khashkhush pleaded not guilty to murder but, following a three week trial at Manchester Crown Court, a jury convicted him.

Senior Investigating Officer Bob Tonge, of GMP’s Serious Crime Division, said: “This was a dispute which escalated into a brutal, cowardly and callous attack resulting in the senseless death of a young man. Our thoughts remain with his family and friends.”

Paying tribute to Hamze, his family said: “Hamze came to England as a child due to the many dangers facing him in Somalia.

“He felt safe here and was in a position where he had started to turn a corner and was looking forward to a long and happy future. He had met a wonderful young woman who he wanted to spend his life with.

“In May, Hamze was taken from us in completely unnecessary circumstances.

“We cannot express how devastated we are that his life has been stolen, and for this to have happened at the hands of a man who purported to be his friend makes this particularly distressing for us.

“We will try to repair our heartache, although no matter how long the sentence is it will not bring Hamze back or make our loss any easier. We need to attempt to move on and hopefully today will now provide closure for our pain over the last seven months, however, we will never forget Hamze or the many memories he has given us.”

Victims of stalking, harassment and other sex crimes will be able to challenge sentences