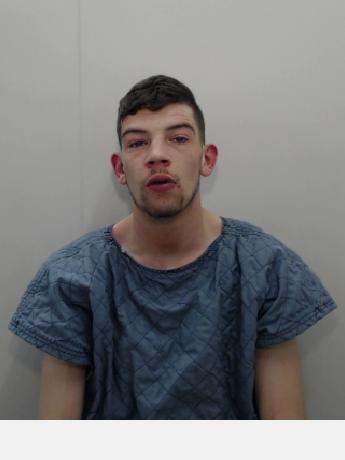 A van driver who left a police officer seriously injured after hitting him at speed has been jailed for four years.

The court heard how police responded to reports of a disturbance at a block of flats on Sandyhill Road in Blackley on Thursday 18 October 2018.

After speaking to people at the address officers left but shortly after they became aware of a black Citroën Berlingo van. The van – that was being driven by O’Connor – had cloned number plates and officers suspected the driver may have been drunk.

Several police vehicles pulled alongside him on Blackley New Road before they approached the van on foot and asked O’Connor to get out of the vehicle.

Instead of stopping for police, he put his foot on the pedal and carried out several aggressive manoeuvres to escape, including driving at a white Audi A3 that had a mother and young child inside.

O’Connor then hit a silver Mercedes A Class before accelerating and mounting the bonnet of the Audi A3, lifting it in the air.

His attempt to escape continued with him reversing into several parked cars and colliding with a concrete wall that collapsed on top of the van.

When an officer drew his taser and again told him to stop, O’Connor reversed into the officer at speed. He pinned him between the van and a police vehicle, causing serious leg injuries.

O’Connor then managed to squeeze the van through a tight gap and fled the scene towards Mill Brow. Meanwhile, the officer was left lying in the road.

The van was later found abandoned on Morlake Drive in Newton Heath and O’Connor was traced to an address nearby where he was arrested.

Detective Constable Terry Macmillan, of GMP’s City of Manchester division, said: “O’Connor was incredibly reckless as he manically drove at anything in his way, showing absolutely no regard for the safety of others.

“The incident unfolded outside a busy nursery at peak time but miraculously no-one else was seriously injured. The mother who was inside the Audi at the time was understandably left incredibly shaken and her child had to be checked over at hospital.

“My thoughts remain with our injured colleague as he recovers from this horrific ordeal at home with his family and I can only commend his incredible bravery throughout this entire process.

“I also want to recognise the innocent people who were sadly caught up in his rampage and those who had to witness it.

“I firmly believe that O’Connor is where he deserves to be – locked away behind bars where he can’t mindlessly hurt anyone else.”

—
The injured officer said: “The incident resulted in me receiving injuries which at the time I thought would end my career with GMP, the force I joined 16 years ago to help the people of Greater Manchester.

“The scars I have sustained will be with me for life and will be a constant reminder of the scariest day of my career.

“O’Connor’s actions have also had a significant impact on my wife and son, who couldn’t understand why someone would want to hurt me.

“I want to thank my family, friends and colleagues for their love and support throughout my recovery along with the medical professionals who have been incredible.”