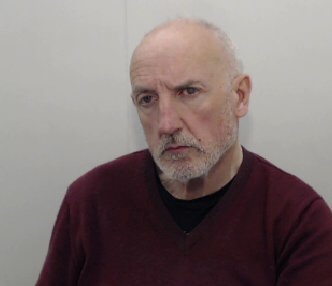 A man has been jailed for four years after he engaged in sexual activity with a 14-year-old boy near to Hollingworth Lake in Rochdale.

The court heard how last September a 14-year-old boy was magnet fishing by the canal near to Hollingworth Road in Littleborough.

The boy was approached by Thorpe who advised he go to a different pond nearby to have a better chance of success.

When he moved to the location he realised that Thorpe had followed him and he was sexually assaulted by Thorpe before managing to run away.

Thorpe denied any involvement even though he was identified not only by the victim but by witnesses who had seen him in the area at the time.

Detective Constable Karl Perry, of GMP’s Rochdale division said: “Stephen Thorpe is a predator, he preyed on his victim, and advised him to go out of sight of prying eyes before cornering him and sexually assaulting him.

“He refused to admit his crime and has shown no remorse for what he has done.

“The boy will be left with lasting mental scars from this terrifying event, I am glad he has got a strong family around him and I would like to commend him for his bravery.

“While the terrifying memories may take a long time to fade, I hope today’s result helps the boy to move on from his horrific ordeal.”