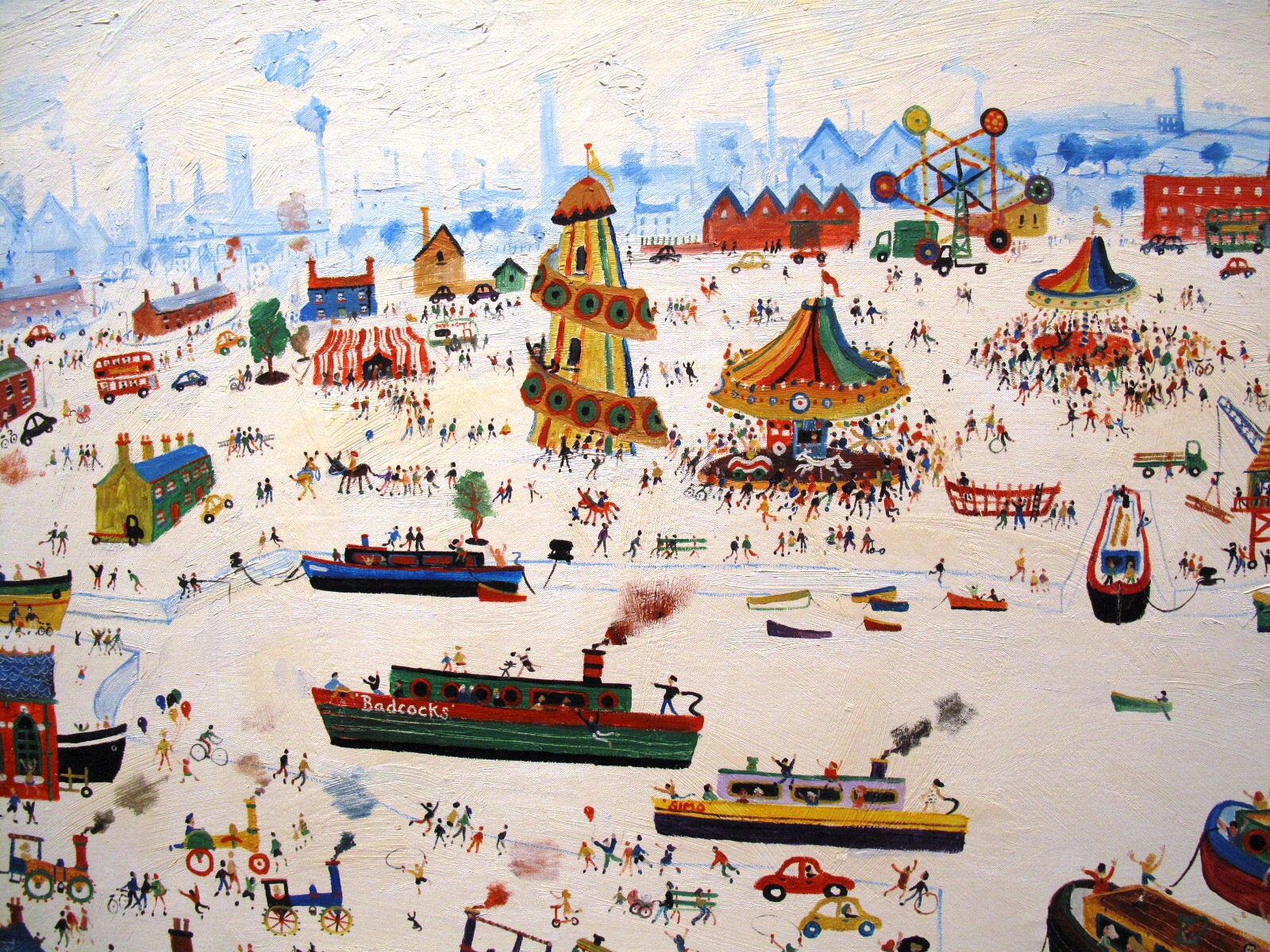 IT’S Colourful Up North”, which opens at Tameside Central Art Gallery on Thursday, January 15, is Dukinfield artist Simeon Stafford’s second retrospective exhibition. It reflects on Tameside, where he was brought up, and Cornwall, where he now lives.

Simeon focuses on similar scenes to LS Lowry and Harry Rutherford but uses a wider palette and much thicker-layered paint to depict his old home, the street where he lived and the people around him. His Cornish work is influenced by bright light, and while his Northern crowd scenes are from markets and fairs, the Western scenes show people frolicking in the sea and on the beaches.

Born in Dukinfield in 1956, Simeon attended St John’s Primary School. His father, Fred, encouraged his interest in art and bought him some oil paints when he was seven. He regularly took him to visit art exhibitions in Manchester and when he was eight, Simeon met Lowry, who praised one of his drawings.

He attended West Hill where he was taught by Owen Traynor who recognised his talent and encouraged him to develop his skills. At 14 the school entered him for the Robert Owen Art Prize and he came second in the portrait section.

After leaving school at 16, Simeon worked in various manual jobs before establishing a successful tyre-fitting business. He moved to Cornwall in 1996 and remains there with his partner, Alice.

It took him some time to establish himself but he now sells his work to in several galleries and at auction. Simeon’s work is in numerous private collections including those belonging to the Queen. He has exhibited in the Royal Academy summer show.

Wood Is One: Join the Month Long Party