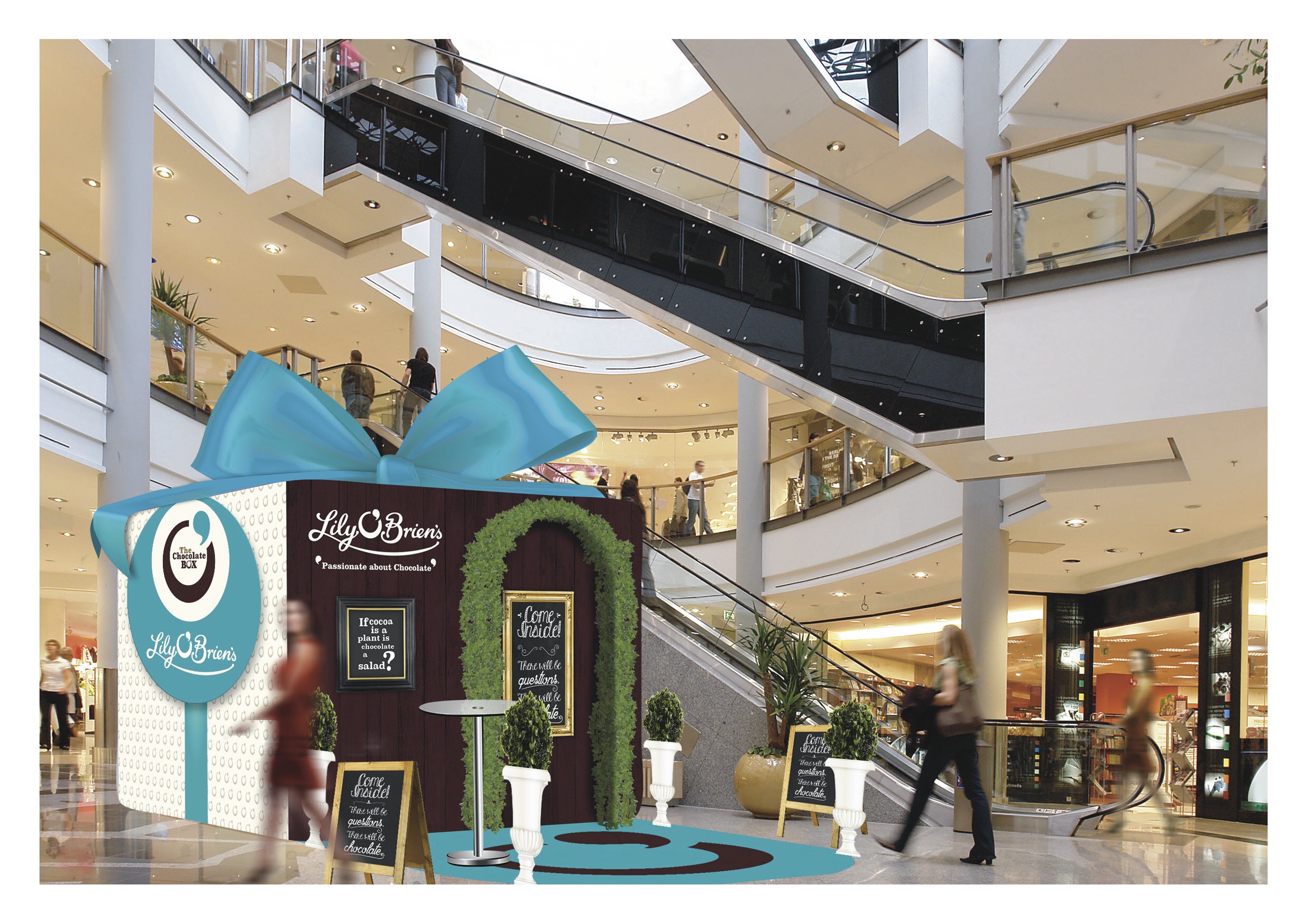 For anyone whose ultimate dream is to set foot inside a giant chocolate box and indulge in its contents, Lily O’Brien’s is about to make that dream come true.
On Friday 9th October, the luxury Irish chocolatier will descend upon the Trafford Centre for one day only to invite sweet-toothed shoppers into the exclusive installation, which is modelled on its best-selling Ultimate Chocolate Collection.

The visit to Manchester is part of a UK road trip designed to introduce Lily O’Brien’s to the nation. Not only will there be copious amounts of chocolate to sample, the chocolatier is also seeking to find out more about our nation’s lives, loves, loathes and, of course – chocolate.

Suzanne Walsh, Marketing Manager for Lily O’Brien’s, said: “We’re still in our infancy as a brand in the UK and so we want to get people chatting about life, love and, of course, chocolate. Whether it’s Corrie vs Eastenders or whether we should leave the EU, we’re asking the people of Manchester to open up and share their views, and so we would like to invite everyone to come down and represent their city. At the end of the tour we will be analysing the responses from each city – we’re sure to find some interesting results, and maybe we’ll discover whether there really is a north/south divide when it comes to chocolate!”

Lily O’Brien’s will also be making short films from the campaign to share online and across social media in the run up to Christmas.

Lily O’Brien’s started life as the brainchild of Mary Ann O’Brien, who started making chocolates in her kitchen in 1992 with little more than a wooden spoon and two saucepans. Named after her eldest daughter, Lily, the company grew slowly and steadily during the following two decades as it gained a reputation internationally as a brand built on product excellence, exceptional taste and stylish presentation.

The Chocolate Box will be in the Trafford Centre from 10am to 6pm on Friday 9th October.

Two arrested after shots fired at Moss Side carnival