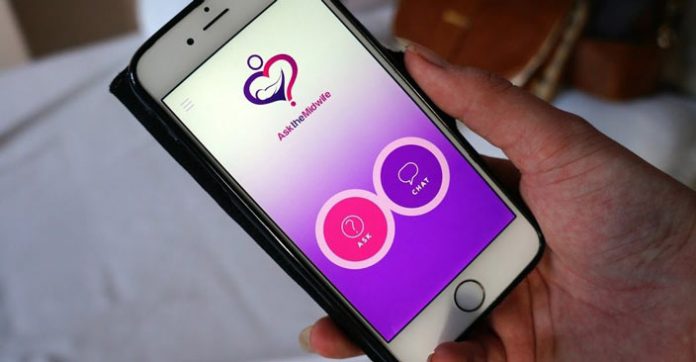 SEARCH engines like Google and Bing are more likely than any other source of information to provoke anxiety during the pregnancies of Manchester women, according to new research.

A survey of 300 UK mums who have given birth in the past five years – carried out by Usurv and published in the UK Maternity Report by the UK’s leading private midwifery services provider, Private Midwives, revealed that for soon-to-be-parents in Manchester, search engines were more likely than any other source to provide information which causes further worry and anxiety.

The news comes following midwife, lecturer and advisor to BBC’s Call the Midwife, Terri Coates, revealed that the internet was stopping women from turning to their professional midwife for advice.

The research which polled those in the north west, revealed that half of pregnant women feel search engines caused them pregnancy anxiety – more than any other source of information.

Despite this, almost half (46%) admitted that they had consulted the internet for non-emergency health advice or information about their pregnancy.

In fact, after their midwife, mums-to-be are more likely to turn to the internet and the female mother figures in their lives, for non-emergency advice or information than anyone or anything else – including the NHS 111 telephone line (11%).

Many Manchester mothers will regularly refer to information on the internet throughout their pregnancy – a quarter searched for advice online every few days, whilst 7% admitted to doing so several times a day.

Following online search engines (50%), it was pregnancy-related information that they had read in online forums, such as groups and chat boards (32%), which had caused them to feel anxious.

Linda Bryceland, head of midwifery at Private Midwives, said: “Traditionally during pregnancy, women often found themselves receiving huge amounts of conflicting information – everything from well-meaning loved ones, to media and even strangers in the supermarket. But the internet has opened up a whole range of new sources of information, which in many cases may not be medically qualified and given without context or taking into consideration women’s individual circumstances and medical backgrounds. What’s more, this is available at the touch of the button, on a whim – so it is not surprising that women in Manchester – and across the UK – are finding themselves logging off and feeling more worried than they were to begin with.

“If women have concerns or questions about their pregnancy, the best thing to do is to resist the temptation to quickly search for more information or the answer online, and instead speak to a medical professional – whether that’s their midwife, the non-emergency NHS 111 phone line or their GP, who can provide professional, clinical information and guidance, which takes into account their medical history and individual circumstances.

“Accessing advice from a care provider, rather than the internet, allows for a more holistic assessment to be carried out. The advice offered can be tailored to the individual’s needs and unique circumstances, which is much more beneficial and safer than them receiving generic and well-meaning advice, which in fact could be dangerous to them as an individual.”

According to the survey, as many as 90% of UK women who gave birth in the past five years experienced anxiety and worry during their pregnancy.

The popularity of the PS5 drives demand for the return of our favourite retro...