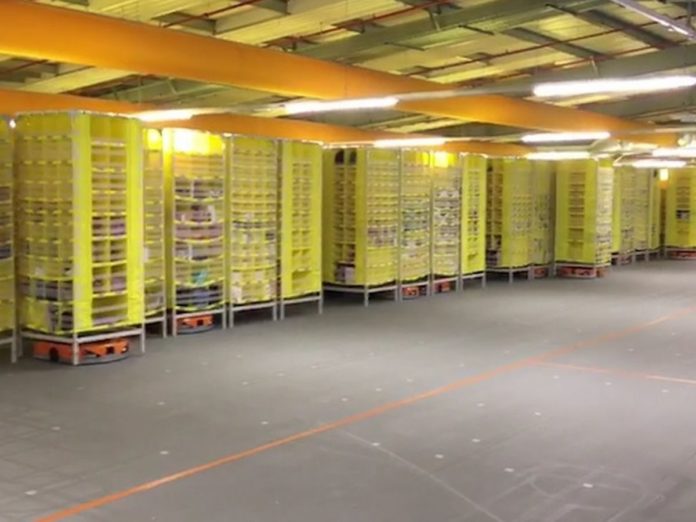 Amazon warehouse have been hit by more than 600 serious injuries or near misses in the past three years, a GMB investigation has found.

The figures – some of which were broadcast on the BBC’s Panorama programme last night are the result of Freedom of Information Act requests submitted by GMB to local authorities across the UK.

They show that between 2016/17 and 2018/19 a total of 622 reports have been made from Amazon warehouses to the Health and Safety Executive (HSE) – with the number rising each year.

In Manchester, an Amazon Worker fractured their hand after their fingers got caught in between the station sliding gate and the surrounding gate support while another worker suffered head injuries after a number of boxes fell on them, they were later diagnosed with an inter vertebral disc prolapse.

“Amazon are spending millions on PR campaigns trying to persuade people its warehouses are great places to work.

“But the facts are there for all to see -things are getting worse.

“We’ve tried over and over again to get Amazon to talk to use to try and improve safety for workers. But enough is enough – it’s now time for a full parliamentary inquiry.”

The poorest have been hit the hardest by Coronavirus