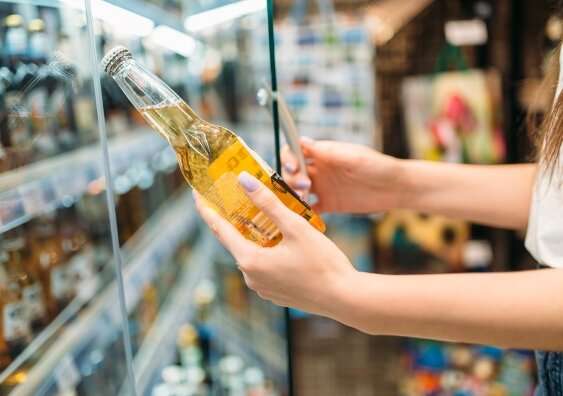 Alcohol duty does not disproportionately burden worse-off households, according to new research from the Institute of Alcohol Studies (IAS).

The analysis shows alcohol taxes account for a similar share of the incomes and budgets of rich and poor households alike, and at worst are only mildly regressive.

The findings are based on analysis of official government surveys of living costs. The researchers calculated the amount of alcohol duty that different households paid as a share of their income and total spending. They then compared these figures between better and worse-off families, using a range of different indicators of how well-off they were: income, spending, social class, house size, home and car ownership. In almost every case, they found little difference in the proportion of income or expenditure spent on alcohol duty by more and less affluent households.

In fact, the study suggests, higher alcohol taxes could benefit disadvantaged groups, who would likely see greater health benefits from lower drinking and receive a greater share of any increase in public spending. IAS looked at the effects of using an increase in alcohol tax to increase funding for the NHS. They found that the poorest 60% of households would be better-off on average, getting more in spending than they pay in tax, while the richest households would pay more than they receive.

The findings come as the government weighs up whether to increase alcohol duty in the upcoming Budget. In last year’s Conservative Party leadership campaign, Prime Minister Boris Johnson called for a review of the effects of so-called ‘sin taxes’, and in particular their impact on less affluent households.

Aveek Bhattacharya, senior policy analyst at the Institute of Alcohol Studies, and the author of the report said:

‘The single most effective way for the government to reduce harmful drinking is to make alcohol less cheap. Based on these findings, the Chancellor should not be put off increasing alcohol taxes in next month’s Budget out of concern for inequality. The cuts to alcohol duty he has inherited will cost the public purse £1.2 billion this year, money that would do much more to help the economically disadvantaged by being invested in public services. Gradually raising alcohol duty above inflation over the next 12 years could save 5,000 lives, with a disproportionate share coming from the most deprived households.’

‘The evidence is clear – the most effective way to reduce alcohol harm is to make it less affordable. This research debunks the myth that alcohol duty increases disproportionately burden the poor. In fact, it shows that the most vulnerable have the most to gain if the revenue generated is invested in our overstretched NHS and alcohol services. By increasing alcohol duty by 2% above inflation in the Budget in March, the government will prove that it takes the health of our nation seriously.’

Will commuting ever be the same again?