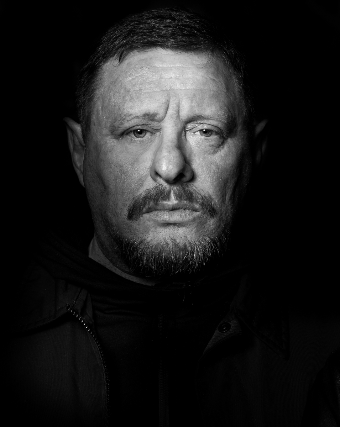 Salford Lads Club is proud to announce that music legend Shaun Ryder will be the special guest for a fundraising in-conversation with journalist, musician and presenter John Robb on Sunday, 17 October 2021.

Shaun is one of the UK’s most loved music and television personalities. Salford born and bred, Shaun is a unique wordsmith – his writing skills have been compared to WB Yeats by another Salford icon, the late Tony Wilson.

Having written a Sunday Times best selling autobiography, Twisting my Melon (which is being turned into a film biopic to be screened in 2022), Shaun was runner-up in I’m a Celebrity Get Me Out of Here and is a star of Celebrity Gogglebox along with his partner in crime, Bez.

Shaun’s new book, How to Be a Rock Star, will be published on Thursday 7 October and, according to publishers Allen & Unwin, the book will include: “insights from three decades touring the world, which took him from Salford to San Francisco, from playing working men’s clubs to headlining Glastonbury and playing in front of the biggest festival crowd the world has ever seen, in Brazil, in the middle of a thunderstorm!”

Shaun will be talking to John Robb, who says: “As ever the new album sees lyrics that are darkly funny or deliciously deranged, full of a hard-earned wisdom and great turns of phrase and humour, sung in that compulsive leering Salford lilt that helps to make this one of the albums of the year.”

It will be a perfect fit to have John on stage at Salford Lads Club posing all the questions to Shaun at this exclusive in-conversation event, which will be an opportunity to get a flavour of Shaun’s new book, hear all about the making of his new solo album, as well as hearing some stories of his childhood growing up in Little Hulton, Salford. John and Shaun know each other well, so the audience will be treated to the “real inside story” of Shaun’s extraordinary life.

For the second part of the evening, there will be a Q&A, where John will be reading out selected questions submitted by members of the audience to ask Shaun.

Like many venues throughout the UK, Salford Lads Club has been badly affected by the pandemic, so this special event will be a timely fundraiser for the building itself and projects for its young members. The venue is run by a team of volunteers, who will be happy to show everyone around and talk about the famous club’s history. This event will also provide an ideal opportunity for the audience to look at the impressive Wall of Names and The Smiths Room, which now has two unique giant hinged panels to display the increasing number of photos and post-it notes from fans. Salford Lads Club merchandise ~ including the latest ‘North’ t-shirt designs ~ will be on sale throughout the evening.

Tickets for this exclusive fundraising event will be £22 and will be available now via this link: https://www.ticketweb.uk/event/how-to-be-a-rock-salford-lads-club-tickets/11319595
There will be an opportunity to buy signed copies of How to be a Rockstar on the night at the venue.
The Salford Lads Club doors will open at 5 pm. The event will start at 6.30 pm and will finish at approximately 9.00 pm, including an interval.
The bar will open from 5 pm until 9.30 pm.