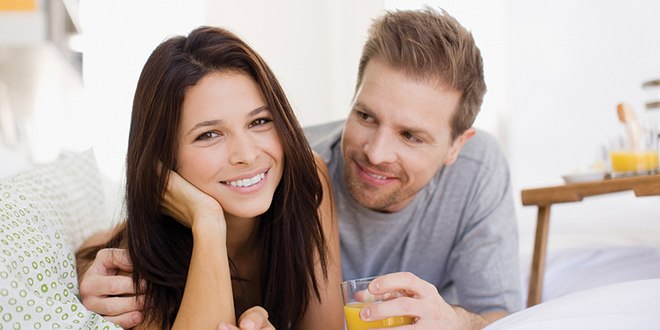 Brits tend to see themselves as average looking, and most of those with a partner believe they’re punching above their weight

New YouGov Omnibus research aasks Brits to consider their own and their partner’s physical attractiveness and the results were interesting to say the least.

In the survey people were asked to rate their own and their partner’s looks on a scale from 0-10, with 0 being “very unattractive”, 10 being “very attractive” and 5 being “average”.

By far the largest proportion (40%) consider themselves to be average-looking, scoring themselves a 5.

A further third (34%) believe they are blessed with above average looks (rating themselves 6-10), although only 2% consider themselves a solid 10/10.

Younger people are more likely than their older peers to see themselves as possessing above average looks.

There is, however, no divide between men and women on how they rated their own appearance.

While many may feel they themselves look distinctly average, they have a far rosier view of their partner’s beauty.

The majority (56%) of Brits who are in a relationship believe they are punching above their weight, and give their loved one a higher score than they give themselves.

A third (35%) believe their partner to be of the same level of attractiveness as them, while only 9% date someone they believe is less good looking.

The vast majority of those who put themselves at the less attractive end of the scale believe their partner is more fetching than them (at 84%-91%). However, this abruptly falls to 52% for those who consider themselves average looking.

Among average-looking people, 44% believe they have bagged a partner who looks as good as they do.

People only noticeably start to think their partner is less attractive than them once they start rating themselves a 6 or higher for looks.

This peaks among those who believe themselves to be a 9 out of 10, of whom 35% say they are better looking than their partner.

Of course, Brits pair up with their partners for a variety of reasons, of which physical attractiveness may only be a minor consideration after factors like personality and shared interests.

So what if Brits could choose the attractiveness of their ideal partner? How attractive would they be?

When it comes to what most Brits want there is a three-way tie, with 23% each ideally wanting someone who they rated as either a 5, 7, or 8.

Generally speaking, those who see themselves as an average or below average looker are much more likely to say their ideal partner would score a 5 for looks, while those see an above average person looking back at them in the mirror would prefer a partner they rated a 7 or 8.

Given the chance to choose their partner’s attractiveness, men are much more likely than women to want a very good looking partner. While women are nearly twice as likely as men (29% vs 17%) to want an average-looking beau, men tend to want someone from the upper end of the attractiveness scale (51% of men’s ideal partners would score an 8-10, compared to 32% of women).

The Archers celebrates its 70th anniversary