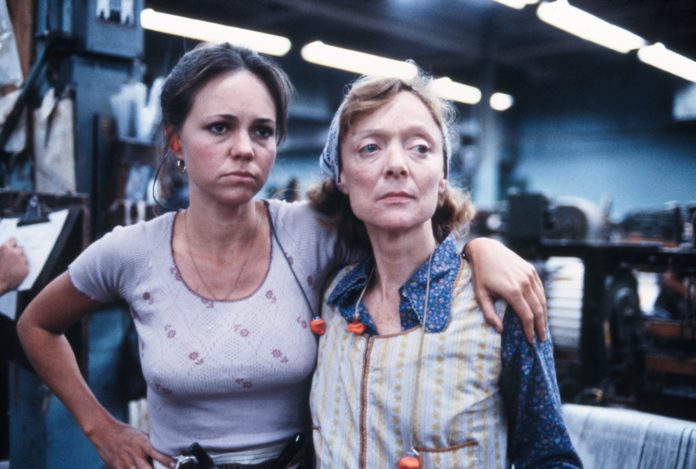 HOME Manchester has announced the programme for Women, Organise! – a curated season of films and special events exploring how women have fought for their rights in the workplace, their involvement in trade unionism, and how these experiences have been shown on screen.

The season is supported by the General Federation of Trade Unions (GFTU) which celebrates its 120th anniversary in 2019, and is curated by Andy Willis, Senior Visiting Curator: Film and Professor of Film Studies at University of Salford withHOME’s Head of Film Rachel Hayward. Women, Organise! is part of HOME’s ongoing year-long Celebrating Women in Global Cinema programme.

Looking at women’s activism around the world, films screening include Ken Loach’s portrayal of Mexican cleaning staff fighting to unionise in the LA-set Bread and Roses, Korean filmmaker Ji-young Boo’s account of non-contract supermarket workers in Cart, and the 1957 Hollywood musical The Pajama Game starring Doris Day as an Iowa factory worker.

Other leading female performances include Sally Field’s Oscar-winning portrayal of a millworker protesting against unhealthy working conditions in Norma Rae and Charlize Theron’s and Frances McDormand’s Oscar-nominated roles as miners in Niki Caro’s North Country, inspired by the first class-action sexual harassment suit in the United States. Also based on real events is Roy Battersby’s Leeds – United!about the collective action of female textile workers in Leeds, originally broadcast in 1974 as a BBC ‘Play for Today.’

Documentaries in the season include the award-winning A Feeling Greater than Love (Shu’our Akbar Min el Hob) from Lebanese director Mary Jimanus Saba, and The Nightcleaners, a key work of British political cinema from the Berwick Street Film Collective about low-paid and victimised female cleaners in 1970’s London.

Queer Feminist collective Club des Femmes will also introduce a double-bill of two documentaries representing the vital role that women have played in working class struggle and resistance: Madeline Anderson’s I am Somebody about a 1969 hospital strike in South Carolina, and Glasgow-set Red Skirts on Clydeside about women’s activism during the Glasgow rent strikes if 1915 from Jenny Woodley and Christine Bellamy of the Sheffield Film Cooperative.

The season will also include introductions and Q&As with filmmakers, such as Humphrey Trevelyan (The Nightcleaners), Leeds – United!producer Kenith Trodd, and Union leaders of today, such as Sarah Woolley of the Bakers and Allied Food Workers Union (BFAWU) who will introduce the screening of North Country. Members of trade unions will receive a 10% discount on tickets for films and events in the season (upon presenting a valid union membership card at HOME’s Box Office).

Women, Organise! is part of HOME’s year-long commitment to championing women in film across the world and encouraging the female creatives of the future. Further upcoming and newly announced events include:

· A major retrospective from Sun 12 – Tue 14 May of pioneering Hong Kong filmmaker Angie Chen who will also be in Manchester – having established herself in the male-dominated film industry of the 1980s, working alongside high-profile figures such as Jackie Chan (Dragon Lord, 1982) as an Assistant Director and emerging as a filmmaker in her own right at the height of Hong Kong cinema’s ‘New Wave’, Chen moved away from feature films and into commercial directing and high-profile promotional work for clients including the Hong Kong government. After a 20-year hiatus, Chen returned to feature-length filmmaking, and has made a trio of award-winning documentaries in the 21st century including: The Darling Life (2008), a look at owner’s relationships with their pets, inspired by her closeness to her aging dog, and the award-winning films One Tree, Three Lives (2012) and I Got The Blues(2017), both intimate accounts of influential artists Chen has known in her life

· Special screening of Rafiki plus Q&A with director Wanuri Kahiu on Sun 14 April – a love story about two young women in modern-day Nairobi and the first Kenyan film ever selected for the Cannes Film Festival. On the same day, LGBTQ+ cult classicThe Watermelon Woman will screen, the first feature film directed by a black lesbian. Filmmaker and star Cheryl Dunye plays a character determined to make a to make a documentary about a forgotten, uncredited black actor from the 1930s known only as ‘The Watermelon Woman.’ Both films will screen separately on further dates in April

· Special screening of new documentary A Deal With The Universe followed by a Q&A with Manchester-based producer Loran Dunn on Fri 12 April – this autobiographical debut feature from transgender filmmaker Jason Barker charts the incredible story of how Jason came to give birth to his child, and offers intimate insight into gender identity and new parenthood

· “Dial(ogue) D for Dyke Disruption: A Queer Toolkit for Blowing Up the Film Canon” – a special event on Mon 20 May with writer and activist So Mayer which will take a look at mainstream cinema through an LGBTQ lens

· Screening of The Seashell and the Clergyman with a live score from Sheffield-based musical project In The Nursery on Sun 9 June. Widely recognised as the first surrealist film and hailed by the BFI as one of the “10 great feminist films”, The Seashell and the Clergyman is an important early example of radical experimental feminist filmmaking. Director Germaine Dulac delivers a complex, multi-layered film featuring a deeply subversive central female character. The film will screen with a new soundtrack courtesy of In The Nursery who have presented live electronic accompaniment to numerous silent classics in addition to releasing more than two dozen albums and appearing on soundtracks and trailers for films including Gran Torino and Game of Thrones

· Q&As with female directors of new cinema releases, including: Jessica Hynes for The Fight (Fri 3 May); Josephine Decker for Madeline’s Madeline (Fri 10 May); Naziha Arebi for Freedom Fields (Wed 29 May)

· A special retrospective of filmmaker Euzhan Palcy in October – the first black woman to direct a Hollywood studio picture (A Dry White Season, 1989) and the first black director to win a French César award.

Reform Radio to beat the borders