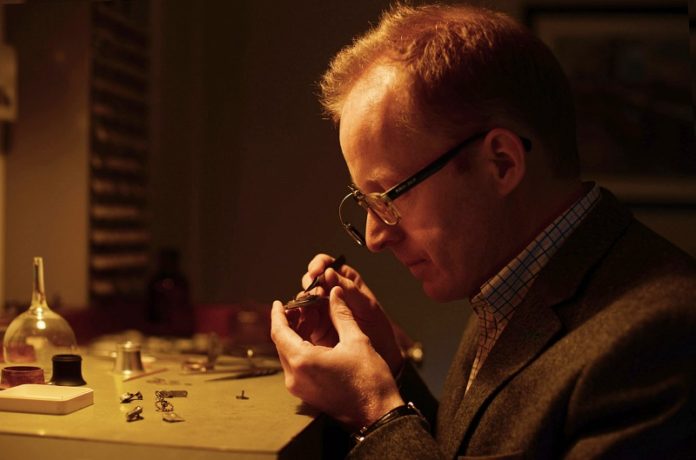 The ‘perfect watch’ that never loses time thanks to nanotechnology is being explored in a new partnership between university researchers and the world’s leading independent watchmaker, Roger W Smith.

Researchers from Manchester Metropolitan University and British horologist Smith are looking at how to create a timepiece that never needs servicing and will always keep time through the use of next-generation materials.

It would be one of the first practical applications of 2D nanomaterials and could revolutionise commercial watchmaking.

Manchester Metropolitan’s Dr Rowley-Neale said: “The main points of failure within a watch’s micromechanical mechanism are components such as pivots that use oil-based liquid lubricant to lower the amount of friction.

“This in turn increases the efficiency of the timepiece and so in many ways designing a watch mechanism can be considered a fight against friction.

“Over time the liquid lubricant dries out and crumbles away and the mechanism begins to seize up and lose time and then the owner will have the watch serviced at regular intervals.

“What we’re proposing is to use advanced 2D nanomaterials to create a dry lubricated surface that will prevent the requirement for a watch to be serviced.

“We aim to help create an heirloom timepiece that can be genuinely passed from generation to generation safe in the knowledge it does not require maintenance.”

he Manchester Metropolitan team will experiment in the University’s Manchester Fuel Cell Innovation Centre using different nanomaterials in conjunction with Smith’s hand-made watch components including the escapements, which provide the energy or impulse for the watches’ hands.

Smith, who is based in the Isle of Man, said: “The purpose of our collaboration is to see if we can do without lubricants altogether by rendering the mechanical watch components virtually frictionless.

“The potential is quite staggering and it’s actually about lubrication rather than mechanics.

“Once you’ve optimised the mechanics of a watch, you still have to address the deterioration of lubricant oils.

“It’s a centuries-old barrier to progress. Back in the 18th Century the great watchmaker Breguet, said: ‘Show me the perfect lubricant and I will show you the perfect watch!’.”

The fate of the earth?