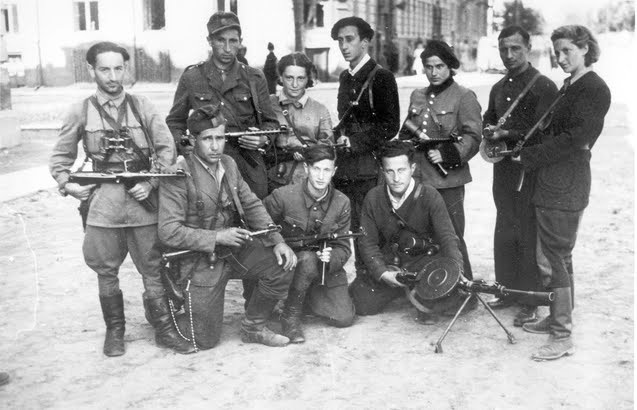 Channel Four has announced a new documentary that is set to mark Holocaust Memorial Day.

The film, part of the Secret History series, is co-produced with Global Road Entertainment and tells the extraordinary story of a secret organisation of Holocaust survivors who were known as the Avengers.

They attempted to carry out the ultimate act of revenge in 1946 – the indiscriminate murder of six million Germans as retribution for the six million Jews exterminated by the Nazis.

The Avengers were led by a survivor of the Vilnius Ghetto, Abba Kovner, who later went on to become a famous Israeli poet. The film features extraordinary testimony from the last surviving members of the group, including Auschwitz survivor Yehuda Maimon, Simcha Rotem – the last survivor of the Warsaw Ghetto Uprising, and Hasia Warshawski – a woman so traumatised by events that she has never spoken before in public and shares her memories in this film for the first time

Now in their 90s, each tells their horrific experiences under the Nazis. All had lost family and witnessed horrors, as Yehuda Friedman says, “that not even the devil can imagine”. Also featured is Chaim Miller, a soldier in the British Army’s Jewish Brigade, who acted as part of a vigilante group who tried to assassinate alleged SS soldiers in hiding.

At the heart of this documentary is an extraordinary piece of new evidence – a tape recording made in 1985 in which the key members of Kovner’s operation – including Kovner himself, who was dying of cancer – put on record what they did. The tape has never before been heard in public and even those who appear on it have never heard it. It is packed with incredible revelations including how the Avenger agents infiltrated the waterworks of four German cities – Hamburg, Nuremberg, Frankfurt and Munich – in order to poison the water supplies.

It also reveals how two future presidents of Israel, Chaim Weizmann and Efraim Katzir were claimed to have been involved in helping the Avengers acquire the poison and how a second attempt at mass murder – targeting some 50,000 SS officers held in POW camps in Nuremberg and Munich – may have partially succeeded

With dramatic reconstruction, telling archive and astonishing eye witness testimony, this is a film that asks profound questions on the nature of justice, vengeance and how human beings might chose to behave when they have been subjected to incomprehensible cruelty.

Commissioning Editor, Rob Coldstream said, “We are proud to have this remarkable film. Both intensely moving and deeply shocking it packs a real emotional punch – and by flipping the traditional Holocaust narrative on its head asks profound questions about the nature of justice.”

Dinah Lord, MD of Caravan Media and co-Executive Producer of Holocaust: The Revenge, added: “This is an incredible story that very few people will know, told from the first-hand perspective of the last survivors directly involved and based on extensive research which has unearthed remarkable new evidence.”

New fitness store realbuzz is calling on Mancunians to get moving