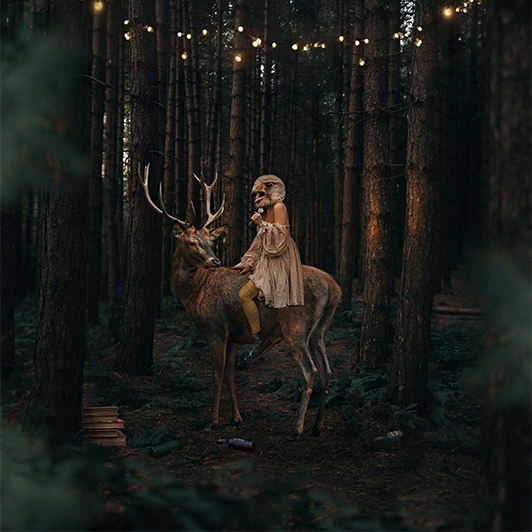 Scottish actor Joanne Thomson takes on the role of the exacting academic Prudencia Hart whose unbelievable journey begins as the snow starts to fall and the vodka shots flow. A riotous mix of rhyming couplets and stunning live music from composer Michael John McCarthy and award-winning folk musician Malin Lewis (as musical director), the production embraces evocative folk melodies and the latest and greatest pop-tunes in a rebellious, mesmerising mash-up. An enticing glimpse into the underworld in the Strange Undoing of Prudencia Hart is a raucous, unruly and ultimately unforgettable Christmas party running from 4 December until 15 January.

It’s the winter solstice and lover of old things and traditional ways, Prudencia Hart, fresh from her PhD, is conference bound. In a hot stuffy hall on the borders, she shares her theories on Hell in folk literature. But, as the snow falls thick and fast the small-town flings off its folk traditions, dumps Robert Burns for a bit of Kylie, and grabs the karaoke mic with both hands. The night gets increasingly raucous and it’s astonishing what Prudencia will discover and most of all what she will find out about herself as her night is turned on it’s head.

bluedot announces The Pankhurst Sessions Ahead of International Women’s Day