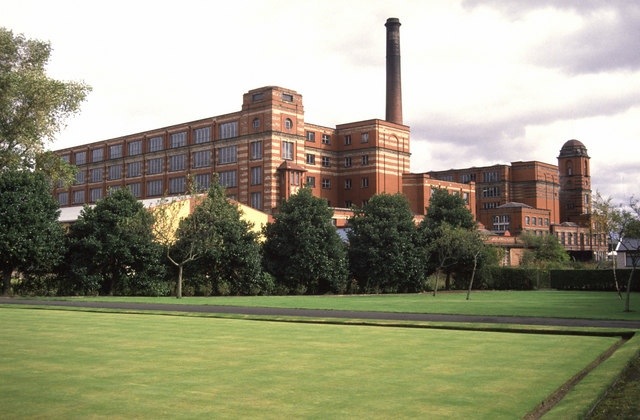 Large amounts of vacant space in the iconic Leigh Spinners mill could be transformed into a major enterprise and community centre including sports facilities, conference rooms and a cafe under new proposals.

The development, timed to coincide with the hundredth anniversary of the mill, has been proposed by new charity the Leigh Building Preservation Trust, will use Heritage Lottery Fund cash to refurbish the Grade II listed early 20th century double mill in a scheme likely to cost around £4m.

The mill, opened in 1913, was built by John Horricks, a former cotton yarn salesman with money from local people and a wool mill in Yorkshire.The business prospered and in 1923 the second mill was added.With the decline of the cotton industry the company moved to making tufted carpets after the Second World War but has now adapted the tufting machines it used to make carpets, becoming one of five UK companies that make all weather sports pitches, multi-use play areas for schools and synthetic grass for domestic gardens.

The new plans include reinstating the mill’s engine, one of the largest in the UK, and a rare example of an intact double mill that still has the original in-situ steam engine.Plans also include building a new car park and entrance at the rear of the current building as well as turning a warehouse into an indoor sports facility with artificial turf to house a five-a-side football pitch or bowling green and installing a gallery to house works by local artists.