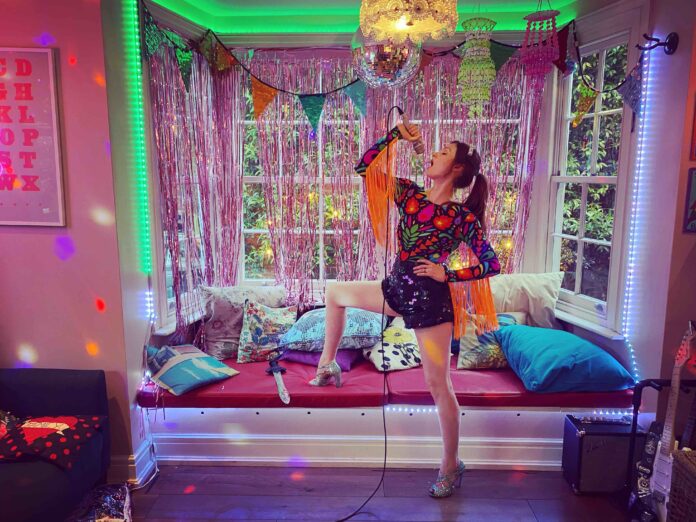 Highest Point Festival has announced it will be adding a fourth night to its open-air music festival this September, with 1,000 free tickets to be given to NHS staff.

The Sunday night line-up has already been confirmed, with Rick Astley to headline, with special guest Sophie Ellis-Bextor, and supported by The Cuban Brothers. Tickets will be available from this Thursday (5th August) at 10am.

Two of the acts for the extra night at the festival have become even more well known due to their activity over the pandemic, and so organisers have pledged to give 1,000 free tickets to NHS staff as a thank you for their hard work over the last eighteen months.

While Rick used his time to publicly support the NHS and organise free concerts while also amassing almost 2 million YouTube followers with his series of Lockdown Covers, Sophie Ellis-Bextor kept the nation dancing with her Kitchen Discos, performed at home with her five sons and all recorded by her husband.

The free tickets for NHS workers will be available ahead of the general release, and those wishing to apply can do so from tonight (Monday 2nd August), with the ballot open for 48 hours ahead of general release tickets. The link to register is here.

On the night, Rick Astley fans will be treated to hits like the chart-topping Never Gonna Give You Up, Whenever You Need Somebody, and Together Forever; while Sophie Ellis-Bextor will perform global bestsellers including Groovejet, Murder on the Dancefloor plus hits from her new album,  ‘Songs From The Kitchen Disco’.

The two acts will also be joined by legendary outfit The Cuban Brothers, who continuously sell out shows across the globe with their theatrical performances. The flamboyantly attired, phony Latino quartet blend flavours of hip hop, disco, soul and funk with remarkable B-boy action, outrageous comedy and bouts of sporadic nudity.

The three acts will close a huge weekend of live music at Lancashire’s biggest open-air music festival, which is set to welcome 35,000 ticket-holders for four days of fun-filled musical performances from some of the music industry’s biggest names this September.

Originally set to take place in May 2020, the festival will now be held on Thursday 2nd – Sunday 5th September 2021 at the stunning 54-acre grounds of Williamson Park. Guests can expect to see more than one hundred artists across six stages over the course of the weekend, plus a premier regional street food and craft beer offering on site.

For the first time, the event is extending its run to include Thursday night (2nd September). Festival favourites James will be taking to the stage opening night, to play classics from their back catalogue, joined by Liverpudlian rock band Lightning Seeds and English musician Get Cape. Wear Cape. Fly.

Revellers on the Friday (3rd September) can expect to see world class DJ sets from the likes of Rudimental, Wilkinson and Crazy P Soundsystem, plus high energy vocals from Becky Hill and Ella Eyre, progressive-house kings 3D (Dave Seaman, Darren Emerson & Danny Howells) Sam Divine, and tastemaker Monki, whilst Ibiza party starters Do Not Sleep have their own stage with Richy Ahmed headlining.

The festival has also just announced The Big Family Day out is back for its third year at the festival, during the day on Sunday 5th September, with festival style activities designed for kids of all ages.

Despite the double disappointment of having to postpone the festival three times amidst Coronavirus concerns, organisers Jamie Scahill, Richard Dyer & Holly Wignall have remained in high spirits. Determined to bring the much-loved festival back to the historical northern city and its music loving inhabitants, they have been working tirelessly to deliver what will be their most ambitious event to date.

Festival Director Richard Dyer said, “We’re going to throw the biggest, most outrageous party of 2021. We cannot wait for you all to see how we plan to transform the beautiful Williamson Park once again, into an amazing, sensory overloading festival site”.

Director Jamie Scahill added, “We’re delighted that all of the artists that were due to join us last year have agreed to perform at the festival in 2021, and we’re super proud to have continued to add to this to create an even more incredible experience for our guests. This is by far the biggest and best bill of artists we’ve ever brought to Lancaster.”

This year’s festival will follow on from 2019’s hugely successful instalment, which welcomed 15,000 music fans to witness the likes of The Zutons, Feeder, Grandmaster Flash and Sister Sledge, Highest Point 2021 will see some of the UK’s biggest, chart topping and most sought-after artists heading up the bill.

Tickets to the Sunday night are on sale from 10am on Thursday 5th August and can be purchased from £25 per person via Skiddle here.

There are still a few general release tickets available for Thursday, Friday and Saturday at the festival via Skiddle, although full weekend tickets have now sold out.

Festival organisers will be following any government guidance at the time of the festival. Full safety policies inline with any guidance will be available to view on the website closer to the festival date.