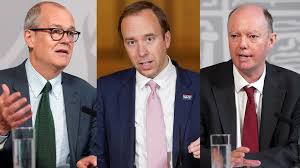 The Government broke the law by discharging Covid-positive patients into care homes, the High Court has ruled,after the former Health Secretary Matt Hancock was taken to court by Dr Cathy Gardner and Fay Harris.

They ruled this was on the grounds the drafters of those documents failed to take into account the risk to elderly and vulnerable residents from non-symptomatic transmission, which had been highlighted by Sir Patrick Vallance in a radio interview as early as 13 March.

The Department for Health and Social Care (DHSC) had claimed that during the pandemic it had put a “protective ring” around care homes.

He pointed out that in Greater Manchester,there was an effort to put in a trace and test system and Manchester did test people before they left hospital

“The ruling@he added,@difficult though it may be to hear but anyone bereaved during COVID just wants answers and the truth and where necessary will want accountability as well.”

A banana a day could keep cancer at bay