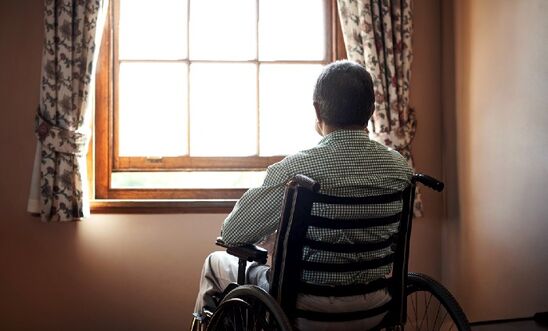 Amnesty’s 50-page report – As If Expendable: The UK Government’s Failure to Protect Older People in Care Homes during the COVID-19 Pandemic – shows that care home residents in England were effectively abandoned in the early stages of the pandemic.

Between 2 March and 12 June this year 28,186 “excess deaths” were recorded in care homes in England, with over 18,500 care home residents confirmed to have died with COVID-19 during this period.

Care home managers and staff described to Amnesty “a complete breakdown” of systems in the first six weeks of the pandemic response. They spoke of waiting to receive guidance, struggling to access (adequate amounts of) PPE, and of having no access to testing, despite having to manage infected patients urgently discharged from hospitals.

Most shockingly, on 17 March, four days after the World Health Organisation (WHO) declared COVID-19 a global pandemic, the Government ordered the discharge of 25,000 patients from hospitals into care homes, including those infected or possibly infected with COVID-19.

On 2 April, the same day that the WHO confirmed the existence of pre-symptomatic cases of COVID-19, the Government reiterated its guidance for hospital discharge that ‘Negative tests are not required prior to transfers / admissions into the care home’.

Several care home managers told Amnesty that they had no COVID-19 in their homes until after they received patients discharged from hospital. The manager of a care home in Yorkshire said:

“Because of what we’d witnessed in Spain and Italy, we stopped visitors on 28 February and got PPE. We had no cases until 28 March when a resident was discharged from hospital with COVID.”

These and other decisions taken by the Government led to violations of human rights of older people in care homes during the pandemic – notably their right to life, their right to health and their right to non-discrimination.

“The Government made a series of shockingly irresponsible decisions which abandoned care home residents to die.

“Discharged without being tested, thousands of older people were sent to care homes at great risk to themselves and other residents and to staff.

“The appalling death toll was entirely avoidable – it is a scandal of monumental proportions.

“As the country faces a second wave of coronavirus, we urgently need a full independent public inquiry into the care home scandal, so that lessons can be learned and lives protected, before any more lives are lost.”

Adults reporting some sort of depression have doubled during the pandemic