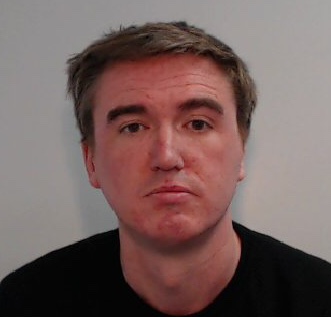 Ross McKay,39, of Sagars Road, Handforth was sentenced to seven years in prison at Manchester Crown Square after being found guilty of three offences of money laundering.

The solicitor’s offending came to light through Operation Isidor- an investigation run by GMP’s Economic Crime Unit into the activities of an organised group who had been laundering the proceeds of their criminal enterprise, including drug-dealing, tax evasion and mortgage and property fraud.

McKay was complicit in the group’s criminal activities by providing his conveyancing services in order for the money to be laundered.

Deposits were put down on houses where the true illegal source of the funds was disguised from the lenders, mortgage applications used nominees instead of the names of the legitimate purchasers, and claims about income were wildly exaggerated in order to secure the loans.

In total, McKay was responsible for the conveyancing in over 80 property transactions for several criminals, all of whom were subsequently convicted of serious criminal offences including money laundering and fraud.

McKay was their go to solicitor as they knew that he would carry out the property transactions without asking too many questions about the nature of their business, the sources of the deposits or the connections between the parties to the transactions.

On Thursday 6 December last year, confiscation orders were obtained against previous defendants in this case. Under the proceeds of crime act, Scott Rowbotham aged 38 of Ashes Close, Stalybridge was ordered to pay £3,522,459, the largest proceeds of crime case ever undertaken by Greater Manchester Police.

Senior Financial Investigator Adrian Ladkin, of GMP’s Economic Crime Unit, said: “McKay was fully aware that the purpose of the transactions was to launder criminal proceeds and he was deliberately dishonest in facilitating them.

“As a solicitor, McKay was in a position of trust, but he spectacularly failed in his legal duties through his corrupt and unlawful actions.

“It is thanks to the meticulous work of the officers in this case that today he has been brought to account for his deceitful actions.”