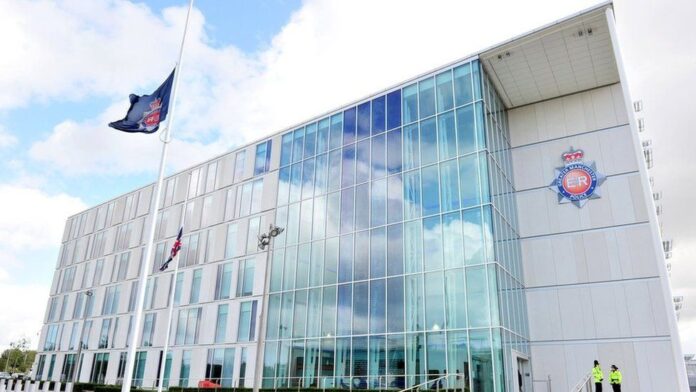 Greater Manchester Police have today given an update on the progress made since last year’s devastating report from HMIC which found that the force force had failed to properly record 80,000 crimes in one year.

The consequences of that report saw its Chief Constable Ian Hopkins forced to resign and Greater Manchester’s Mayor Andy Burnham subjected to a great deal of criticism over its failings.

Through its due diligence process, between December 2020 and March 2021 of the 150,283 incidents which have been reviewed, a further 6,155 crimes have been recorded.

Around 70 officers across the districts responsible for reviewing every incident which comes in, making sure that each and every crime committed in that incident is captured.

The force has trained over 6,000 of our officers through a newly-developed course aimed specifically at refreshing officers on its approach to supporting victims of crime and recording crimes accurately on our systems.

This focuses on ensuring officers are keeping the victim at the forefront of their mind during their investigations, and includes refresher training on crime recording to ensure where more than one offense is committed in one incident, it is recorded accurately and investigated fully wherever it is appropriate for us to do so.

The force has also launched a new Centralised Crime Recording Unit with dedicated staff who will ensure that all reported crimes are recorded at the very first moment you contact us.

This will ensure the crime gets recorded correctly at the earliest point and responding officers will arrive on scene equipped with all the information they need to hit the ground running.

A ‘Prisoner Processing Unit’ (PPUs) pilot in the City of Manchester has started focussed initially on violent offenders, which include suspects of domestic abuse cases. This will be rolled out in a phased approach across the force.

The PPUs will provide a dedicated team of officers who will focus on obtaining the best possible evidence whilst the suspect is in custody, leading to more efficient and effective investigations and better outcomes for victims.

The team will own the entire investigation and victim’s journey from the point of arrest through to court. This will include keeping the victim updated and reviewing safeguarding plans and will go some way to reducing delays in bringing offenders into the criminal justice world.

In addition to this, GMP are in the process of recruiting over 100 investigators into a new Crime Investigation Team to support front-line officers with their investigations. This team will look after initial enquiries with victims of crime, taking witness statements and gathering crucial evidence to support a prosecution. This will ensure crimes are progressed more efficiently, freeing up our front-line officers to continue tackling crime on the streets.

To improve chances of victims being able to see their crime through to court, we have introduced four new ‘Criminal Justice Units’ to make sure that when we present your case, the files are of the highest possible quality.

Since the new units have been introduced at the start of 2020, we are now the highest performing metropolitan force in the country, and fifth in the UK overall which is a great improvement.

This is only the beginning and we will not stop learning, improving and striving to do better. We will not always get it right, but it is our and my commitment to you that we will be as open and honest on the measures and progress we are making. The improvements I have outlined today are thanks to the hard work of our dedicated officers and staff who come to work each day and work tirelessly to improve our service and find better ways of supporting victims. Chief Officers are conducting regular focus groups and feedback sessions with our colleagues to do as much as we can to support them as we work through this process. “

Our new Chief Constable, Stephen Watson, will be arriving with us at the end of May and I know he will be another driving force in our mission to provide the best possible service to victims of crime across Greater Manchester and we look forward to working with him. Thank you for your continued support.

55 year old woman left with fractured skull after being hit by car in...