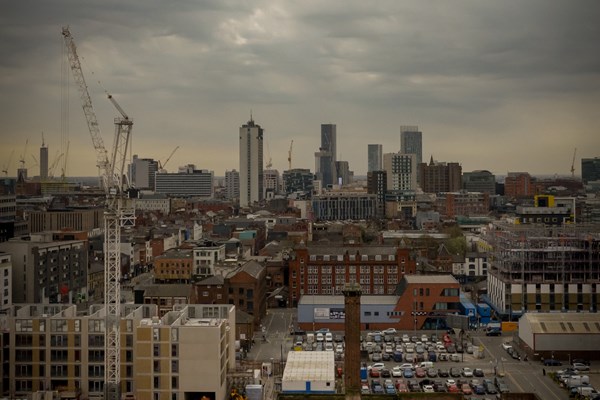 High-rise residents say mounting financial burdens are affecting their personal lives and damaging their mental health, the results of a unique survey show.

Residents reported significant stress about the bills they face to make their homes safe, with some receiving demands of up to £30,000 in addition to large increases in service charges.

More than half of owner occupiers say they are suffering from increased service charge costs – one owner occupier reveals their service charge had increased from £90 to £480 per month to cover cladding replacement – an increase of 433%. Service charges vary by property and some leaseholders are being asked to pay to fund fire safety improvements on their buildings while others are having to collectively pay for a ‘waking watch’, which involves their corridors being patrolled overnight by watch officers.

These stressful issues even extend to the selling of properties, with many leaseholders unable to sell because lenders are unwilling to offer mortgages on new buyers without obtaining a building’s fire safety certificate.

Residents say that fire safety risks and the financial costs are impacting on their mental health. Seven in 10 residents living in high rise buildings said they are worried about a fire in their building. Residents detailed their increasing levels of anxiety, difficulty sleeping and explained how trapped they feel, as well as expressing the strain their situation continues to have on their personal lives and relationships.

One owner occupier commented: “We have now been told that our property is worth zero which has had a very damaging effect on our relationship and [my] mental health.”

Anastasia, a leaseholder living in Albion Works, said: “The situation for most high-rise residents is really dire. In my building we currently have a waking watch in place and have been given no indication of how much this is going to cost us. We can’t sell or remortgage our homes because they are essentially considered worthless and this is causing us all a lot of stress and worry.”

One resident completing the survey said their life had effectively frozen in time: “I have been trying to sell my apartment for the past 15 months. Two buyers have backed out of the sale as there was no cladding report. I’m still finding it hard to sell my apartment and move on.”

On Tuesday 25 February, a group of affected residents from Greater Manchester are taking their concerns to Parliament to lobby Government, backed by Mayor of Greater Manchester Andy Burnham, City Mayor of Salford Paul. The lobby will highlight the human impact of the ongoing crisis and give those present an opportunity to share their experiences and concerns

The Greater Manchester High-Rise Task Force, which is chaired by Salford City Mayor Paul Dennett, has been leading the way in providing a coordinated response to the emerging risks affecting high-rise residential buildings.

“This survey demonstrates why we are bringing together residents on the 25 February for a lobby of Parliament. We will be using this survey as further evidence to demonstrate why the Government needs to take action in the forthcoming Budget to support these residents. Leaseholders are living a nightmare at the moment and should not be left in this limbo a moment longer.”

Paul Dennett said: “As Chair of the High-Rise Task Force I believe this survey provides a clear evidence base for the issues we have repeatedly raised about the ongoing struggles that residents are still burdened with over 2.5 years after the terrible fire at Grenfell Tower. It encapsulates the scope of the concerns residents are dealing with many are unable to sell, insure or re-mortgage their homes and are faced with bankrupting bills just to make their homes safe from fire.

“As a Task Force we want to make sure that people are safe and feel safe in their homes, we will be using the findings of this survey to inform the work of the Task Force to ensure we are doing everything we can to support residents.

“However this is a regulatory crisis on an industrial scale, the Government must own their rhetoric and prevent leaseholders continuing to pay the price through no fault of their own. Which is why we are holding a lobby of Parliament on the 25 February.”

The Task Force commissioned this residents research to quantify the views and experiences of Greater Manchester high-rise residents. The findings will be used to inform the future work of the Task Force.