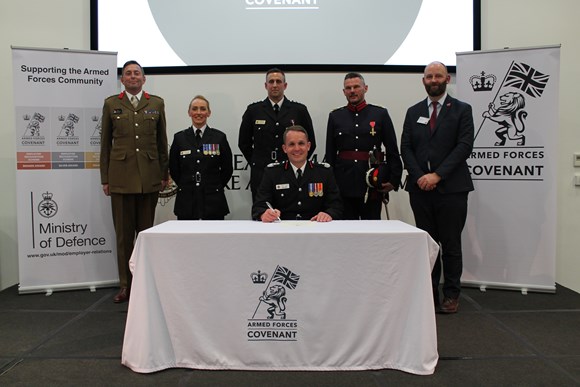 Greater Manchester Fire and Rescue Service (GMFRS) has reaffirmed its commitment to all veterans, reservists, and their families by signing the Armed Forces Covenant.

The Armed Forces Covenant is a pledge that together we acknowledge and understand that those who serve or who have served in the armed forces, and their families, should be treated with fairness and respect in the communities, economy, and society they serve with their lives.

“We have a significant number of current and former members of the armed forces working at GMFRS and we feel keenly that we have a responsibility to those who have given so much for this country.

“Signing the Covenant shows our commitment to them, and we will continue to drive practical action to make sure GMFRS is a forces friendly employer.”