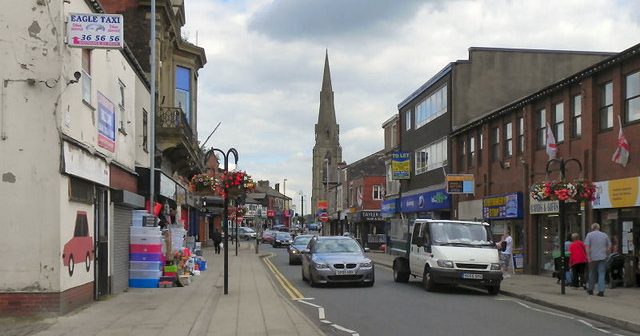 Five people have been arrested after a suspicious device was found in Heywood.

Police carrying out a property search alerted specialist officers after they discovered a potentially explosive device inside a house on Bury Old Road.

The property was being searched as part of an ongoing investigation into the theft of a motorbike.Bomb disposal officers attended and safely carried out a controlled explosion on a field nearby.

Immediate surrounding properties were evacuated as a precaution but residents have now been able to return to their homes.The cordon has since been lifted.

Two men – aged 17 and 25 – and three women – aged 19, 24 and 41 – have been arrested on suspicion of Explosives Act offences. They remain in custody for questioning.

Chief Inspector Mark Warner, of GMP’s Rochdale division, said: “I understand this will have caused concern to the community but the device has now been safely dealt with and we do not believe there to be any wider threat. We have five people in custody and enquiries are continuing.

“Whilst the device is believed to have been viable, the investigation is being led by Rochdale CID and is not currently being treated as terrorism related.

“I would urge anyone with any information to please get in touch as soon as possible so that we can piece together the circumstances surrounding this discovery.”

No offence returns for a third series

Andy Burnham gets over 1000 emails from workers forced to continue despite fears for...