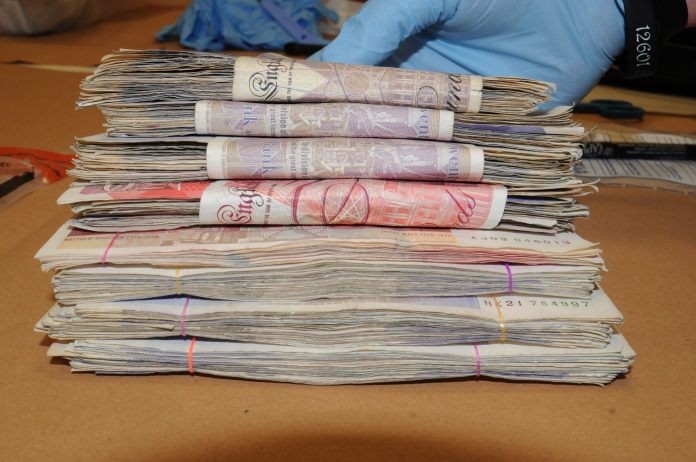 An organised crime network who distributed cocaine and heroin has been jailed for over 44 years today at Manchester Crown Coirt.

Twenty seven year old Anthony Leak  of Fairfield Road, Openshaw was sentenced to 11 years and four months in prison  after a jury found him guilty of conspiracy to supply class A drugs.

A further six men were sentenced to a total of 32 years and ten months in prison after pleading guilty to conspiracy to supply class A drugs at an earlier hearing.

It follows an extensive police investigation, code-named Operation Segma, which investigated the activities of an organised crime group involved in the supply of class A drugs across Greater Manchester.

The court heard how from the 5th November 2016 to the 1st March 2017, police carried out four warrants and subsequently seized over four kilograms of cocaine and other class A drugs including heroin.

The drugs seized had an estimated street value of £726,000 and officers also seized a firearm and ammunition.

Leak, the head of the organised crime network, was subsequently arrested on Wednesday 5 April 2017, just four days prior to his first scheduled televised boxing fight after maintaining he was too busy focusing on his boxing career to be involved in criminality.

Detective Inspector Vicki Kenyon, of GMP’s Serious and Organised Crime Group, said: “This was a hugely significant seizure of class A drugs and I am pleased that these men have been held accountable for their actions.

“Leak had everything going for him, by all accounts he could have been a very successful professional boxer, but clearly greed got in the way and he will now spend over 11 years behind bars to reflect on the sporting career he has denied himself of.

“I hope this investigation will go some way to showing how serious we are in our efforts to remove drugs from our streets and we will continue to target these organised crime networks.

“Today’s sentence should send out a message to others who continue to go against the law and supply drugs or possess firearms. Drugs and fear will not be tolerated in our communities – we will find you and you will be brought to justice.”