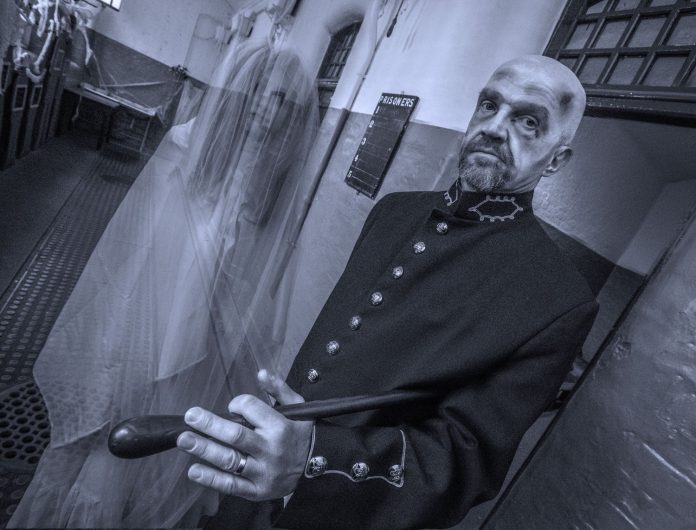 Ghosts and ghouls sent shivers down the spine at the Greater Manchester Police (GMP) Museum in the run-up to Halloween.

Actors from the ‘Stage Squad’ caused a stir by taking over areas of the museum on Thursday 25th October during the Manchester half-term holiday.

Visitors were given a fright when they entered the prison cells and charge office at the Museum on Newton Street in Manchester city centre.

More than 850 visitors attended the museum over two days during the week and received a haunting experience when they stepped back in time to take a closer look at policing in Greater Manchester over a 160-year period.

The prison cells and charge office were decked in cobwebs and other scary decorations in keeping with the Halloween theme.

GMP Museum was one of the city’s earliest police stations which was built in 1879 and opened as a museum in 1981.

The museum, which is free to visit, has retained a number of Victorian features including the original charge office, cells and a magistrates courtroom.

Old uniforms and transport are also on display at the Museum which is open every Tuesday between 10.30am and 3.30pm, on Thursdays during the school holidays and private tours can also be booked in advance on other weekdays.

Museum Curator Katie Henderson said: “We were delighted to welcome visitors to the Museum during the October half term holiday.

“As it’s nearly Halloween, the Stage Squad added a touch of spice for a day with their spooky cell takeover, which certainly kept visitors on their toes.”

The Stage Squad is an amateur, comedy theatre group based in Stockport which writes their own family and cabaret shows.

Katie added: “I’d like to say a big thank-you to the Stage Squad for supporting us and we hope that all our visitors enjoyed the museum experience and will visit us again soon.”