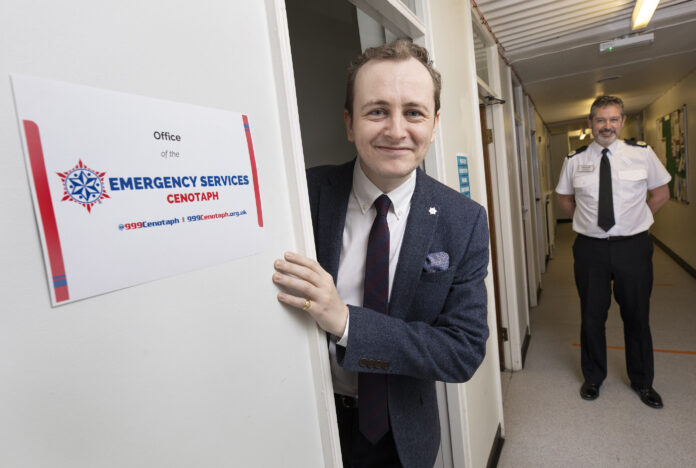 GMP has stepped in to help a charity aiming to build a 999 Cenotaph in London to honour all those lost while serving in the NHS and emergency services.

The Emergency Services Cenotaph charity hopes to raise £3.2 million to create the monument to stand alongside the famous military Cenotaph, honouring the nation’s Fallen.

It was founded in 2016 by Tom Scholes-Fogg, whose grandfather, former GMP Sergeant John Scholes, lost a colleague – PC Alison Armitage – in the line of duty in 2001.

When the charity needed a new base of operations they turned to GMP, which has granted access to use Middleton Police Station to help co-ordinate plans to create the monument by 2023.

Tom Scholes-Fogg said: “The officers at my grandfather’s station planted a tree in Alison’s memory. My grandfather showed me the tree, and we reflected on the terrible circumstances which led to Alison’s death at the age of just 29.

“My grandfather turned to me and said ‘in this country we don’t look after our emergency services as much as we should’.

“Those words have always stuck with me and I would often reflect on why that was. I began looking into ways the UK honoured emergency services personnel and those killed as a result of their public service.

“I was astonished to discover that unlike other countries, the UK had no ‘999 Cenotaph’ to honour the NHS and all emergency services equally. I became determined to create a 999 Cenotaph and set about creating the charity.”

The charity now has the support of HRH The Duke of Cambridge as well as the Prime Minister.

Assistant Chief Constable of Greater Manchester Police, Nick Bailey, who is a trustee of the charity, said: “I am incredibly proud to be a trustee for The Emergency Services Cenotaph charity.

“It is essential that we continue to recognise the hard work of the blue light services, particularly during today’s testing and difficult times when we have daily reminders of their dedication and sacrifice.

“We see Manchester as the charity’s spiritual home, so we worked hard to ensure that we could find a suitable base, and are delighted to welcome them to Middleton Police Station.

“It is only right we should have a focal point to honour all those who have served in the emergency services and NHS.

“I would encourage everyone to make a donation so that we can create a lasting monument to be proud of in the capital, which I look forward to visiting in the coming years.”

To donate to the Emergency Services Cenotaph and for more information, visit www.999cenotaph.org.uk 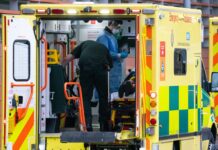