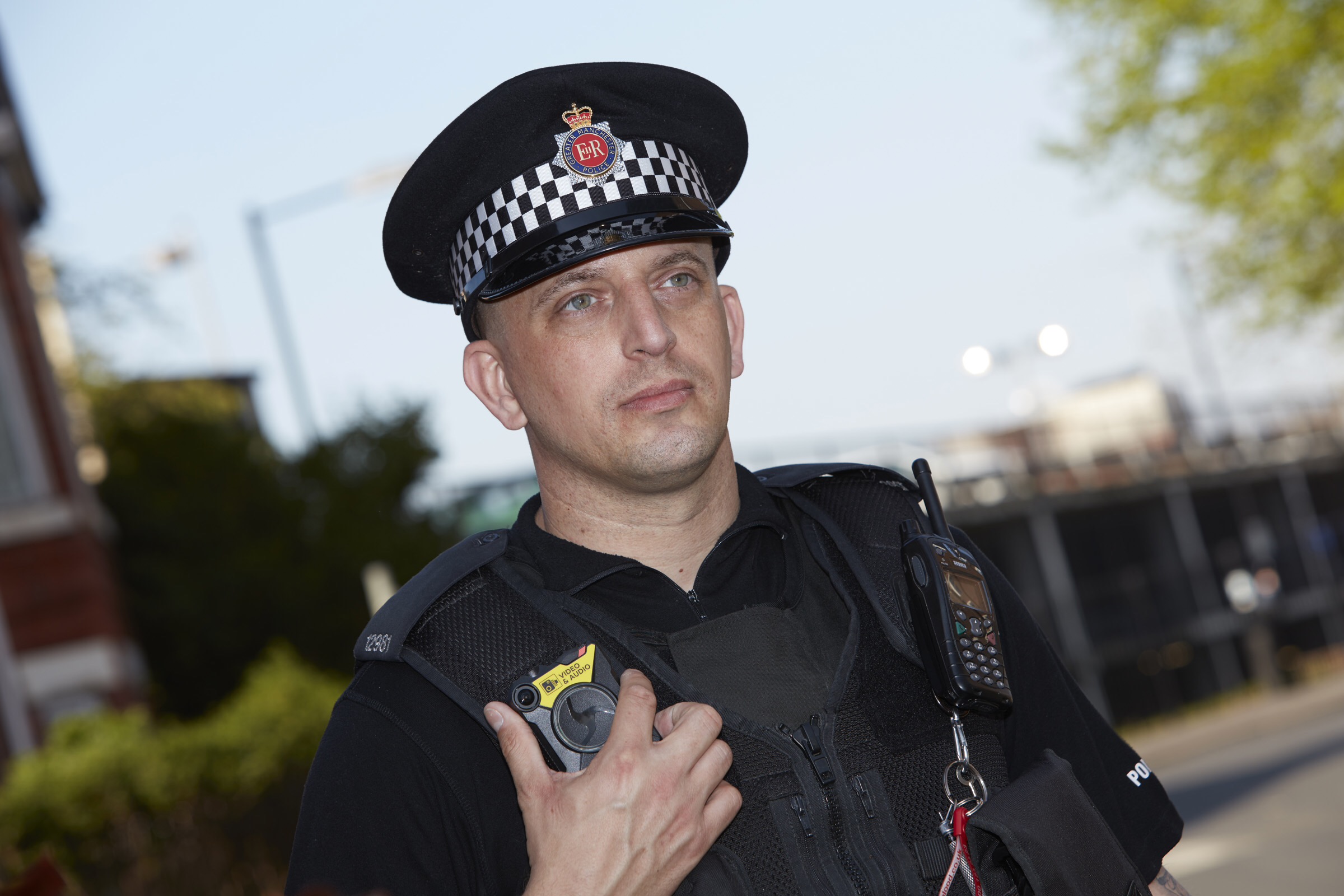 Greater Manchester Police officers have started wearing video cameras on their uniforms as the roll out of body-worn video cameras begins.
191 officers in Trafford were the first to be given the new devices last week to enhance evidence gathering and help the Force to meet the demands it is facing both now and in the future.

Body-worn video cameras have already been trialled in Manchester and around 3000 frontline officers across the Force will now be issued with them over the rest of 2016.

The cameras have a light that flashes whenever they are active and officers will have to turn the camera on at appropriate times and for certain incidents, such as those that are domestic abuse related and during stop and search.

Greater Manchester Police Assistant Chief Constable Garry Shewan said: “Body cams are a valuable evidential tool during cases while victims of domestic abuse have been saved from giving evidence because of the footage provided.

“This roll out has been part of our plans to improve the service that we provide to the public since summer 2013 and since then we have had 80 cameras active amongst our response teams in Manchester on a trial basis, to test their effectiveness and their practical use day-to-day.

“Other Forces have seen, as well as assisting with cases, an increased confidence in policing when cameras were worn by officers, something that we hope will be echoed in Greater Manchester and will lead to a greater understanding of victims’ needs.”
Cameras will be given to officers in the neighbourhood teams, the Hostage and Crisis Negotiation Unit, Roads Policing and Intercept Unit, Tactical Aid Unit, Tactical Dog Unit and some at the airport.
Officers will pick up their camera at the start of every shift, with any footage automatically downloaded on their return at the end of the day. Footage will be stored for 31 days unless required for evidence, in which case it can be saved for as long as required.

Embed Germ Defence behaviours at home to reduce virus spread now and in the...

All adults to get first Covid jab by end of July