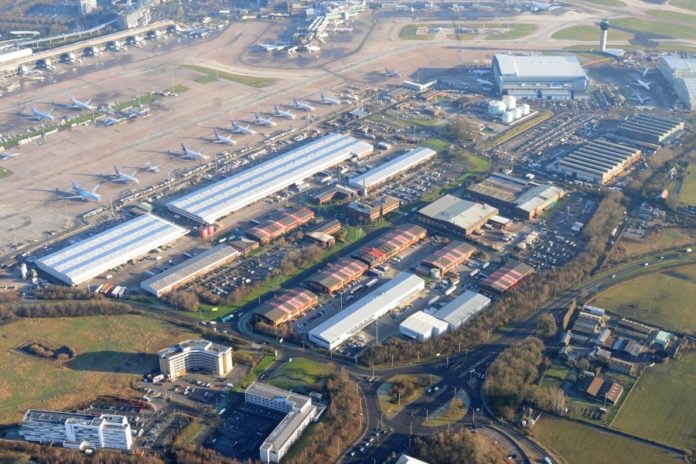 Manchester Airport has seen a huge growth in exports from businesses across the North of England over the last six months, as its half year cargo figures are released to the 30th September 2016)

Due to capacity constraints in the South East, the amount of cargo Manchester has handled has increased to 58,372 tonnes. In the last six months the trade value of cargo passing through the airport topped £2.86bn. The annual rolling total of tonnage now stands at 109,057 tonnes, an 8.7% increase year on year.

The UK’s third largest airport has seen the value of exports increase by £56m to £1.6bn vs the same period last year. The airport has also seen the number of non EU-countries it has facilitated trade with increase to 172.

Growth to China can be attributed mainly to Hainan Airlines direct service to Beijing, which launched in June this year and flies four times a week to the Chinese capital. Brazil, although served indirectly, can be attributed to the amount of athletes from the North that flew out to Rio for the Olympic and Paralympic games with their equipment.

Top commodities passing through the airport during the last six months include:

The top five performing direct routes over the last six months are:

Ken O’Toole, CEO of Manchester Airport, said: “It has been a very promising half year for cargo at Manchester Airport, with double digit growth. With capacity constraints in London we have the opportunity to help drive the UK’s economic and international trade growth here in Manchester as the region cements its position as the Northern Powerhouse.

“Aside from pure cargo carriers, as we continue to grow our leisure destination base, we look to secure and increase freight opportunities through belly-hold cargo in these aircraft.”

David Brown, Chief Executive of Transport for the North, said: “This is good news. It is clear there is potential for the North to grow its trade with the rest of the world. Central to that, will be improved international connectivity. We are working closely with Manchester Airport, and others, to introduce short and long term transport investment measures to do just that. Our Commission on International Connectivity is due to report its initial findings early in the New Year. A key focus will be how our airports and ports can increase their global reach and benefit from better local connectivity.”

Gracie Fields statue unveiled in her hometown of Rochdale

Riots, delays and panic buying if we leave without a deal