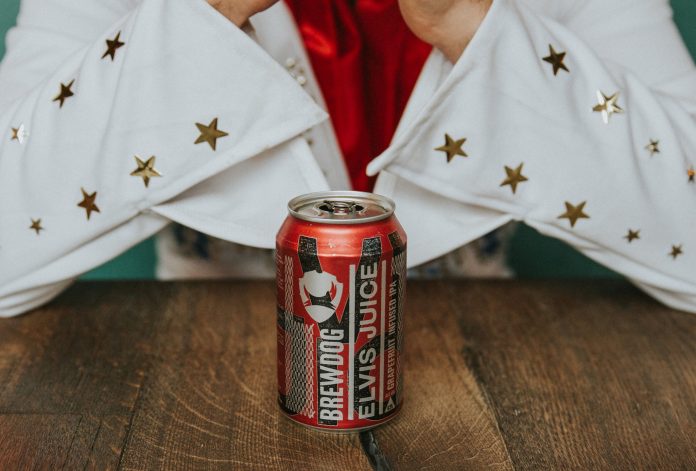 Independent Scottish brewer, BrewDog, is celebrating last week’s trademark victory over the Elvis Presley Estate by giving away a free schooner of BrewDog Elvis Juice to fans visiting their bar on Peter Street.

What is the catch you may be asking yourself?

The only way to get your free beverage is if you are dressed as Elvis Presley.

BrewDog Elvis Juice, a grapefruit-infused IPA, launched in 2015, but was soon hit with a lawsuit from the Rock & Roll singer’s estate alleging it infringed on its trademark and requesting BrewDog change the name.

In reaction, BrewDog’s co-founders James Watt and Martin Dickie changed their first names to Elvis by deed poll in 2016 to demonstrate the lack of exclusivity of the name Elvis. After losing the trademark battle in 2017, BrewDog appealed, and last Thursday, the UKIPO ruled in its favour.

Since launching in 2015, BrewDog Elvis Juice has gone on to become the third best-selling craft beer in the UK, after BrewDog’s Punk IPA and Dead Pony Club. Sales of the beer exceeded £5.5million in 2017.

In the past year, BrewDog has shipped the equivalent of 65 million bottles of craft beer around the world, and released the first beers from its new American brewery in Columbus, Ohio. BrewDog’s remarkable growth has been powered by its record-breaking Equity for Punks crowdfunding initiative, which has seen the brewery raise over £52million since 2009.

So dust off your Elvis attire and break out the hairspray and get down to BrewDog Manchester this weekend.