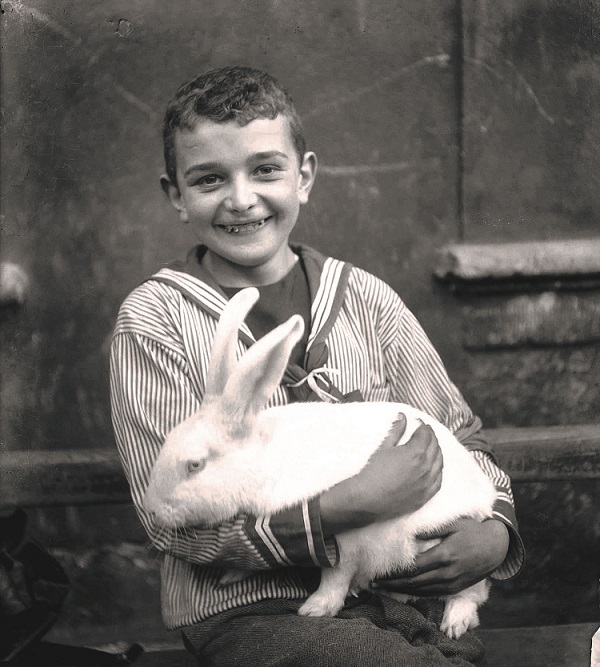 A series of striking portraits depicting the German home front immediately before, during and after the First World War is due to go on display in Manchester this week.

Beyond the Battlefields presents a unique set of images made by photographer Käthe Buchler (1876-1930), touring the UK to commemorate the centenary of the war and its legacy.

Buchler’s photographs are part of the collection of the Museum of Photography in Braunschweig – where she lived and worked.

When war broke out, Buchler, with permission from the military authorities, recorded civilian involvement in the war effort, supporting local voluntary organisations and raising money for charity.

Through different picture cycles she examines the care of orphaned children and wounded troops, Germans at work and at leisure – including a fascinating series made late in the war entitled ‘Women in Men’s Jobs’– presenting the dislocations of war along with striking moments of human warmth.

The Grosvenor Gallery exhibition is co-curated by Manchester Metropolitan University historian Professor Melanie Tebbutt and visual artist Jacqueline Butler. This cross-disciplinary approach ensures that the final collection is the result of different perspectives – the history of the war, significance of Buchler as a woman photographer and her artistic excellence as an ‘amateur’.

Professor Melanie Tebbutt, said: “Buchler’s carefully choreographed images chronicled convalescing soldiers, children collecting for recycling campaigns, and babies in war nurseries and are a documentary homage to how ordinary women and children were rising to the challenge of food, labour and material shortages on the home front. Buchler’s calm, disciplined interpretation of civilian life, distant from the violent upheavals of military action at the front, suggest empathy and belief in the human spirit.”

Buchler‘s family was wealthy, well connected and related to the Voigtländer family – producers of some of Germany’s most advanced photographic equipment – giving her access to the best cameras of the of the day.

She was an early adopter of the ‘Autochrome’ process (the world’s first colour photographic process – manufactured by the Lumière Brothers in Lyon, France)

Colour imagery, which features in the exhibitions in Manchester and Hatfield, starts to appear in her work as early as 1913. The mainly private and domestic scenes she photographed using the Autochrome process represent a substantial development of her skills as a colour photographer.

Manchester will be hosting Summit to tackle female genital mutilation