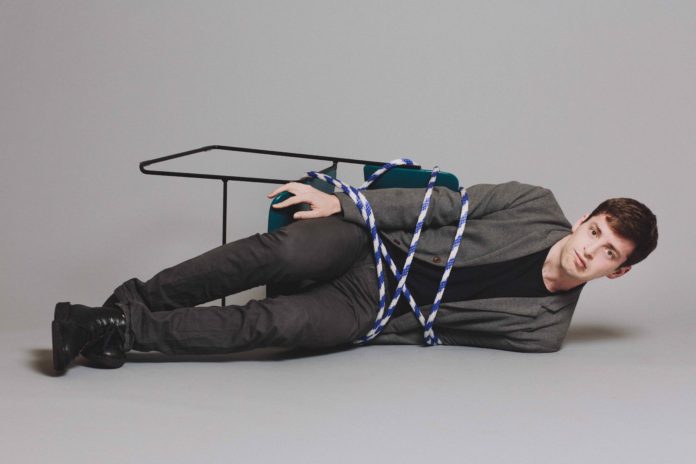 Bostonian comedian Alex Edelman has finally announced his first ever UK tour with his Edinburgh Comedy Award & Barry nominated show ‘Just For Us’.

Awarded the prestigious Herald Angel Award, and garnering reviews that made it the Edinburgh Festival’s most critically acclaimed show in more than a decade, ‘Just For Us’ marks Edelman’s growth from promising newcomer to an artist lauded by fans, comedy legends, and critics, on both sides of the Atlantic, as one of the best of his generation.

The tour will kick off on 31/01/2020 at Salford’s Lowry Studio and promises to be a laugh a minute with The List describing Edelman’s show, ‘for 60 whole minutes, Alex Edelman keeps the momentum going and has his crowd knee-deep in laughs’.

‘Just For Us’ covers many different topics. Edelman’s Olympian brother AJ, a surprising encounter with Prince William at the BAFTAs, his ADHD, what being “brave” means in this political climate, and a gorilla that can do sign language.

These anecdotes are all given hilarious, unique space, but at its astonishing centre is one significant and unfortunately timely story. After a strong anti-Semitic strain of online abuse was directed at Edelman in January of 2018, he decided to covertly attend a meeting of those same anti-Semites in a New York City apartment.

The result was an explosive confrontation that lends the show both a theatricality that has pushed (and blurred) the boundaries of standup… and gives ‘Just for Us’ its final, jaw-dropping twist.