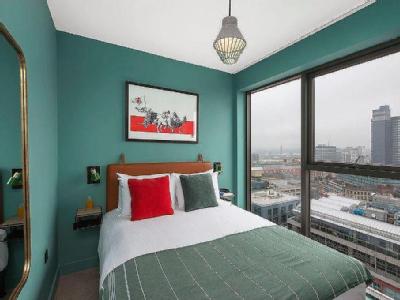 Higher rents are reducing the financial gains from moving to better paying parts of the country, and mean that young people are less mobile than they were 20 years ago, according to new research published today by the Resolution Foundation.

Moving Matters – a report funded by the Nuffield Foundation – shows that the common stereotype of millennials being footloose in the world of work is wide of the mark, and explores what lies behind this trend of falling job and home mobility.

This fall is all the more surprising given that young people today are far more likely to live in private rented accommodation – rather than own a home or live in the social rented sector – the tenure traditionally seen as enabling mobility.

Instead, Moving Matters identifies an alternative explanation for falling job and home mobility – the financial incentives for moving are lower. That is partly good news as the country has seen employment gaps fall, meaning fewer young people are forced to move away from employment black spots to find work. The average gap between highest and lowest employment areas of the country has fallen by almost a fifth since 2000.

But it also reflects the fact that private rents have risen fastest in higher-paying areas of the country – rising by almost 90 per cent the among highest paying local authority areas, compared to just over 70 per cent among the lowest paying. This has significantly reduced the living standards uplift from moving for work once housing costs are factored into the equation.

The Foundation notes that there are likely to be a range of non-financial reasons for falling job and home mobility, such as people preferring to stay close to their parents and local networks.

These challenges are also not limited to young people either, with increasing house price gaps between places making it harder for older home owners to move without also having to downsize to a significantly smaller property.

However, with the typical pay rise (before housing costs) for those moving areas for work over three times higher than for those who stay in the same job, the Foundation notes that lower job mobility can stunt young people’s pay and career prospects in particular.

It adds that lower job mobility is bad for the economy as a whole – making it harder for firms to fill skills gaps, and for workers to gain new skills. Preventing high housing costs acting a barrier to job mobility should therefore be a priority for policy makers, says the Foundation.

“Young people today are often stereotyped as being footloose when it comes to work. But in fact they are moving around for new job opportunities far less frequently than they used to.

“A key reason why people move around for work is the lure of a bigger salary. But increasingly those pay gains are being swallowed up by high housing costs.

“Of course there are many good reasons why people don’t want to move around for work, from better job opportunities closer to home, to wanting to stay closer to friends and family.

“But for young people in particular, there are real advantages to moving when it comes to trying new roles and developing skills – and housing should not be a barrier that prevents them doing this

Greater Manchester’s Universities come together to urge private landlords to release students from their...

Ban on evictions to be extended to end of March