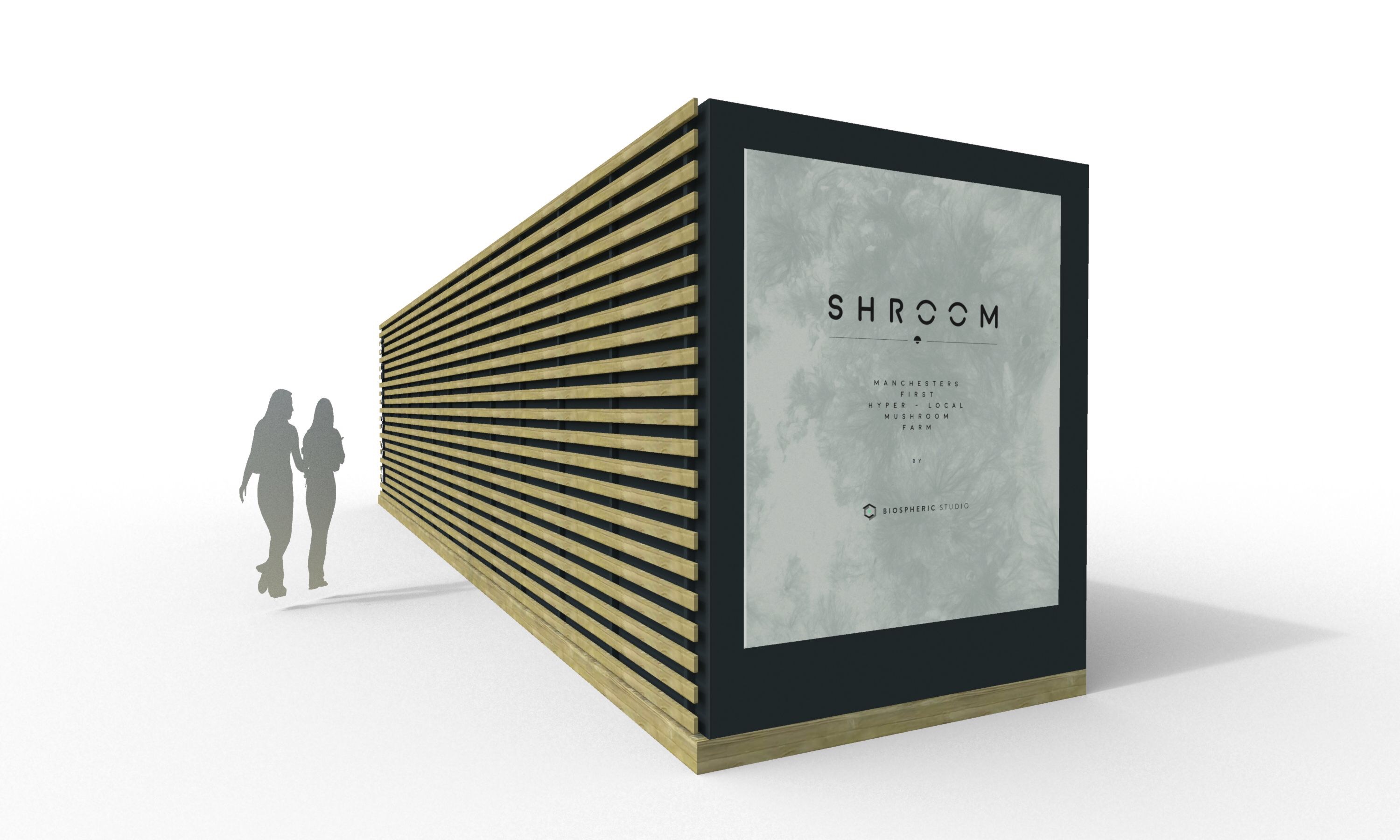 Commercial mushroom farm to be installed in Albert Square for MFDF 2015 before moving to permanent city-centre location.
Manchester sustainable food pioneer Vincent Walsh has revealed details of a series of new projects and partnerships, together with news of a major private sector investment, which is set to rapidly commercialise his research into urban farming and local food production.

Mr Walsh’s Biospheric Studio will benefit from an initial £100,000 investment to help kick-start a purpose-built, mobile mushroom production unit which aims to sell directly sell fungi to local restaurants in the city centre.

The facility, which will be housed inside a shipping container, will temporarily be sited in Albert Square in September as part of the Manchester Food & Drink Festival (MFDF) which runs from September 10th – 25th.

Festival visitors will be able to see mushrooms grown and harvested before being cooked up and sold at one of the nearby Albert Square food stalls.

After the festival the mushroom farm, which is branded ‘SHROOM’, will be moved to a permanent central location within easy reach of the city’s main restaurant clusters including Spinningfields, Deansgate, Chinatown, Albert Square, The Corn Exchange and the Northern Quarter.

Vincent and his team are aiming to produce 800 kg of premium shitake mushrooms every month and already have a handful of top Manchester restaurants lining up as customers including Tampopo, The Lowry Hotel and the Chop House restaurant group.

In addition to the mushroom farm project, which has been informed by five years of PhD research at Vincent’s agricultural laboratory by the River Irwell in Salford, the Biospheric Studio has secured a number of major commissions in Manchester.

These include the design and installation of an aquaponics system at Manchester Museum, the creation of a mobile whole food store to serve communities in Pendleton, and a series of culinary roof-gardens and compact food production facilities for a range of landlords and property developers in the city.

“The new investment and commissions from the both private and public sector means we already have a solid platform on which we can build. However there is still a long way to go, and we will need to find other progressive, innovative and ambitious partners across Manchester who share our commitment to making a lasting impact on sustainable food production locally.

“This includes the city’s restaurant and hospitality sectors, whose custom will be key to making projects like the city-centre mushroom farm commercially sustainable in the long run.”

Vincent is also developing a programme of food-related events, workshops, pop-up farms and talks for a number of Manchester’s festivals including this year’s MFDF and next July’s European City of Science and EuroScience Open Forum (ESOF).

The combination of the new financial investment, commercial contracts and festival appearances are also set to help Vincent fulfil his vision to help facilitate 50 urban food farms in and around Manchester as part of the Biospheric Studio’s Massive Change campaign.

Massive Change’s mission is to help the city region produce food locally for the population and to make Manchester a world leader in sustainable food production.