Belle Vue have confirmed Australian stalwart Max Fricke as their seventh and final Premiership signing for 2018 and the Aussie No.3 feels league title glory could well be within the Aces’ reach.

Though unlucky with injury towards the end of the campaign, Fricke was instrumental in the team’s year-long play off efforts as well as their ultimate triumph over Wolverhampton in the KOC Final.

He made his full 2017 SGP debut on September 9 in the Ipone German FIM Speedway Grand Prix before going on to star in Stockholm – where he took his first ever GP heat win – and then Torun.

And he’s already begun warming up for 2018 with several impressive displays in the Australian Solo Championships, finishing an overall third behind the Aces’ own Rohan Tungate and Poole’s Brady Kurtz.

He said: “I couldn’t fail to be happy with how I performed in the Aussie Championships. It’s the first time I’ve been back on the bike since my crash in Poland. I felt good and I was so happy to be back.

“It’s really got me pumped up for the new season with Belle Vue. It looks like we’ve got another solid-looking team this year with a couple of new guys thrown in. There’s a lot to look forward to.

“I’m especially happy with the fact that we’ve got set race nights this year. I feel I missed too many fixtures in the past due to clashes so I’m really looking forward to being able to get stuck in 100%.

“There’s no reason why we can’t shake off this crux of finishing second-best this year. We’ve made the play offs every season since 2015 and I feel this time around we’ve got a good shot at top spot.”

The Belle Vue Colts are also set to finalise their 2018 team-building plans on February 7, when they unveil the final two riders in their revamped septet. 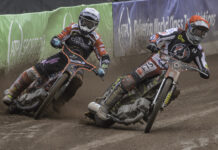 Aces on hunt for first away win of the year 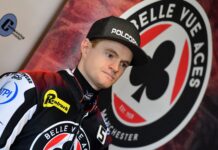 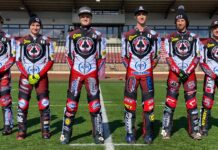 Colts Set For Tussle Of Legends

Home Draw Means Work To Do