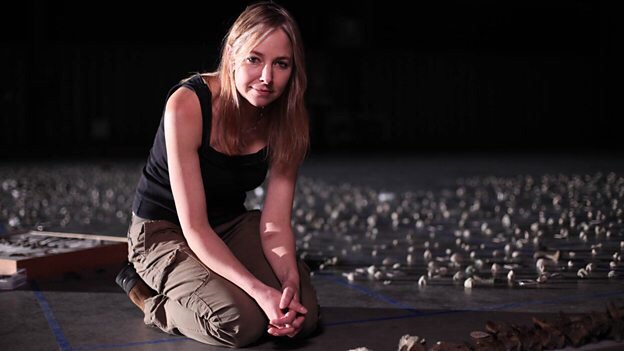 Four ambitious new science programmes are coming to the BBC in 2017.

Tom McDonald says: “2016 has been a brilliant and award-winning year for Science at the BBC: from Brian Cox’s landmark Forces Of Nature on BBC One through to clips from BBC Two’s The Big Life Fix being viewed almost 40 million times online, our content has touched people’s hearts and blown people’s minds. Our new titles for 2017 reflect the range and ambition we have for the genre. From the milky way to a dinosaur crater; outer space to Lesley Garret’s larynx, there’s something for all our audiences in these new titles.”

Stargazing Live will be in its seventh season in 2017 and the celestial TV event of the year is heading to Australia – to astonish and amaze with a whole new view of our universe. For the very first time Professor Brian Cox and Dara Ó Briain have been dragged from the comfort of the studio, to bring you live stargazing from the dirt and dust of the Australian Outback.

For three nights their camp is on a mountain in the middle of the outback, home to the spectacular Siding Spring Observatory, and its 40 plus telescopes with the best view of the galaxy from anywhere in the world.

March is the perfect time to reveal the Milky Way as we’ve never seen it before. Around their camp fire, Brian and Dara will share haunting tales of Aboriginal astronomy, the very latest on the black hole at the centre of the Milky Way that could one day consume our galaxy, and the daring of meteorite-mad bounty-hunters searching for space rocks in the Australian bush. They’ll reveal why everything looks upside down, down-under and what a holiday might be like on our nearest earth-like planet. Stargazing Down Under brings the awe and wonder of the Outback and the majesty of the Universe to you in your own home.

Secrets of the Dinosaur Crater investigates the greatest vanishing act in the history of our planet – the sudden disappearance of the dinosaurs.

In a world first, Dr Alice Roberts and Ben Garrod travel the globe following an extraordinary international scientific expedition that has been 20 years in the making. The results reveal startling new evidence, presenting a vivid picture of the most dramatic 24 hours in our planet’s history.

Even though the extinction happened at the same time as an asteroid impact, how it killed the dinosaurs across the planet has been shrouded in mystery.

Ben Garrod joins an international group of scientists on a unique rig in the Gulf of Mexico as they drill 1500 metres beneath the sea into ground zero – the Chicxulub impact crater created by the huge asteroid that is believed to have killed off the dinosaurs 66 million years ago.

Dr Alice Roberts travels on horseback across Patagonia’s vast plains to a remote location that is home to a dinosaur graveyard to reveal more about the impact that wiped out 75 percent of all life on Earth.

Alice and Ben tell the extraordinary story of what happened in the seconds and hours after the impact, revealing that had the huge asteroid struck the Earth a moment or two earlier or later, the history of the planet could have been very different.

The team analyses the evidence to reconstruct the events that wiped out the dinosaurs – and answer some of the great mysteries about what killed them.

In the last round of astronaut recruitment for the European Space Agency, more than 8000 people applied – only six made it through the gruelling programme. Being an astronaut is so tough that only 550 men and women have ever joined the elite to make it into orbit. Do you have what it takes to do the toughest job in the universe?

Over six intense weeks, 12 men and women from all over the UK will take on elements of the most extreme and demanding selection programme for The Toughest Job in the Universe (w/t), normally reserved for real-life astronaut candidates.

Former astronaut and Commander of the International Space Station Chris Hadfield will lead the selection programme based on the space agencies’ application criteria and assess the 12 men and women to separate the ordinary from the extraordinary. The first Canadian to walk in space, Chris will share the lessons he learnt that helped him succeed during three space missions and 166 days in space.

The relentless six week programme will see the designated dozen face the most extreme and demanding situations: from a zero-G flight on a specially adapted aircraft to a mission in an underwater lab used by NASA to test their own astronauts. They’ll need to be at the very peak of physical fitness – a military standard medical is just the start of the process. But this training is about far more than brute force and survival.

Led by Colonel Hadfield, a team of expert and experienced assessors will be looking for the pillars of astronaut selection: self-discipline, the proven ability to learn complex skills, and the ability to make life and death decisions when the stakes are the highest – as well as being the type of personality you’d choose to leave Earth with.

While in Sound Waves, Dr Helen Czerski investigates the extraordinary science behind the sounds we’re familiar with… and the sounds that we normally can’t hear.

From an underground cavern with the most extreme acoustics on earth, to the way that sounds are being used in underwater archaeology, and how sound is being used in space exploration, this is a series that is continually surprising.

It includes unique imagery from inside the larynx of world famous opera singer Lesley Garrett CBE as she sings I Dreamed A Dream, exclusive access to Big Ben for the first ever attempt to laser map the bells and reveal why they produce their harmonious tone, and at trip to the most active volcano in Europe (Stromboli) to experience the extraordinary sounds produced by a volcano that are beyond the range of human hearing.

What if we could start again?

Antiques Roadshow Special to explore artefacts from the Holocaust

Give your favourite project its chance to shine