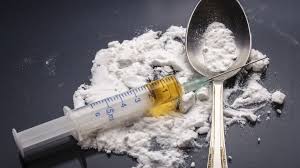 They are charged with conspiracy to supply Class A drugs under the Misuse of Drugs Act and with the importation of a controlled drug, namely Class A, with intent to evade a prohibition restriction under Section 170 of the Customs and Excise Management Act 1979.

The charges follow a police operation on Saturday when the industrial unit on Cobden Street was raided as part of Operation Cartoon,an ongoing investigation into drug supply.

Jailed terrorist thought to be a radical influence on Manchester Arena bomber set to...