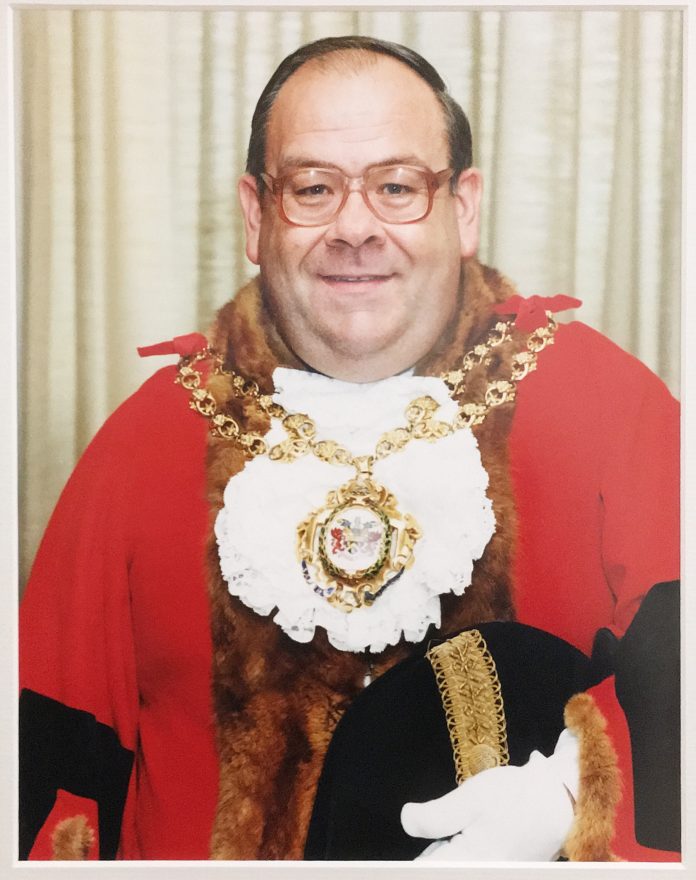 A Conservative councillor Joe served the Royton South ward in two separate spells from 1984 to 1988 and 1992 to 1996.In his final year on Oldham Council he was selected to serve as the Mayor of Oldham.

Joe was a bachelor so he chose his mother, Sarah Cribes Farquhar, to serve alongside him as the Mayoress of Oldham for 1995-6.

During that year the pair visited Landsbergh-am-Lech, then one of Oldham’s twin towns in Germany, and also met dignitaries and famous people including Princess Anne, Alan Titchmarsh and Ronnie Corbett.Joe had become an Oldham magistrate in 1977 and was also a Justice of the Peace.

He had a sister, Sheila, and was the son of Joseph Mair Farquhar, who was a regular in the RAF.

During Joe’s first stint as a Royton South councillor, he sat on various committees including those for Housing, Building Services and Personnel.

After returning as a Ward Member following local elections in 1992 his duties included service on committees for Policy, Leisure Services and Vacancy Control.He was also a member of the Greater Manchester County Council from 1977 to 1981.

Joe was an active member of the Royal British Legion. He was also an ex-Lancashire Fusilier and at the time of his death he remained their Oldham Branch President – a position he had held for more than 20 years.He was also a proud supporter and season ticket holder at Manchester City.

Joe had been ill for some time and spent his final days in a local nursing home in Oldham. He died on on the 15th March .

Councillor Shadab Qumer, the Mayor of Oldham, said: “This is very sad news and our deepest condolences go to Joe Farquhar’s family, friends and everyone who knew him.”

“Joe’s time on Oldham Council precedes mine, so I did not have the pleasure of getting to know him, but it is clear that he was very active in many walks of public life as a magistrate, JP, ward member and with armed forces’ associations.

“I am sure there will be many local people who have fond memories of Joe and would like to pay tribute in the coming days.”

In accordance with protocol, the Borough flag will be flown at half-mast on the day of his funeral, which will be attended by the current Mayor of Oldham.

You can also sign an online book of condolence at www.oldham.gov.uk/joefarquhar

Rail strike looms over dispute over guards on trains