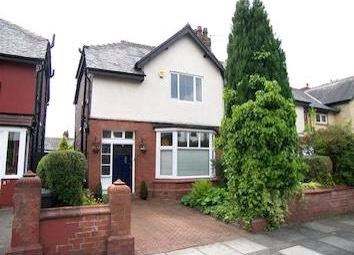 Tom Kirk, leading property expert from Purple Bricks.com gives his expert thoughts on where you can get most for your money in 2015 across the region, along with some explanation as to why each suggested area is good to buy in.
1) Hale / Bowdon

“Regarded as one of the most affluent areas outside of London, this rural setting has a range of properties on offer… including large, detached dwellings with lots of land. The area is particularly popular as it is well-connected to towns such as Alderley Edge and Wilmslow (for trains to London), along with Manchester city centre.

There are also plenty of secondary schools in the catchment area such as Altrincham Grammar for Boys & Girls, Manchester Grammar for Boys, Manchester High and Withington Girls. The area is known to be great for families and, as such, property is at a premium.
(2) Castlefield and Salford
Following the recent development of MediaCity, many have predicted that house prices in the Salford Quays/Castlefield area will rocket and the area will be regarded similarly to the Canary Wharf of London.
Currently, the gap between the Quays and the city centre is too vast and over the coming years, we can expect to see the space in between being built up – with lots of money pumped into regeneration to merge the two areas together. As a result, investors are now looking at these areas very carefully.
(3) Chorlton/ West Didsbury
Chorlton and West Didsbury are, without doubt, some of the fastest growing areas in Manchester in terms of house prices – in with 21% increase seen in the last year. Vibrant bars, highly rated restaurants and great motorway links are all key factors contributing to the surge in house prices

This area is full of young working professionals who have previously owned apartments in the city centre, but now want a house with more space, whilst still being in a ‘trendy’ location.
(4) Sport City and Openshaw

The Manchester City owners are pumping huge amounts of money into supporting the local community, and as a result, we can expect to see the surrounding areas really benefiting over the coming months/years. The natural next place for development is north through Ancoats, and this is definitely somewhere which I will be keeping my eye on.
(5) Sale / Timperley
Situated just next door to the upmarket areas of Altrincham and Hale, a typical 3 bedroom semi-detached home in this neck of the woods, will typically cost you in the region of £250,000. The area is well connected – within walking distance of the Metrolink which will take you to the Airport, Manchester and Didsbury. Quite comfortably sat in the catchment area for the Altrincham and Manchester schools, this area is a great option for those buyers looking for a family friendly location, but without the Hale price tag.