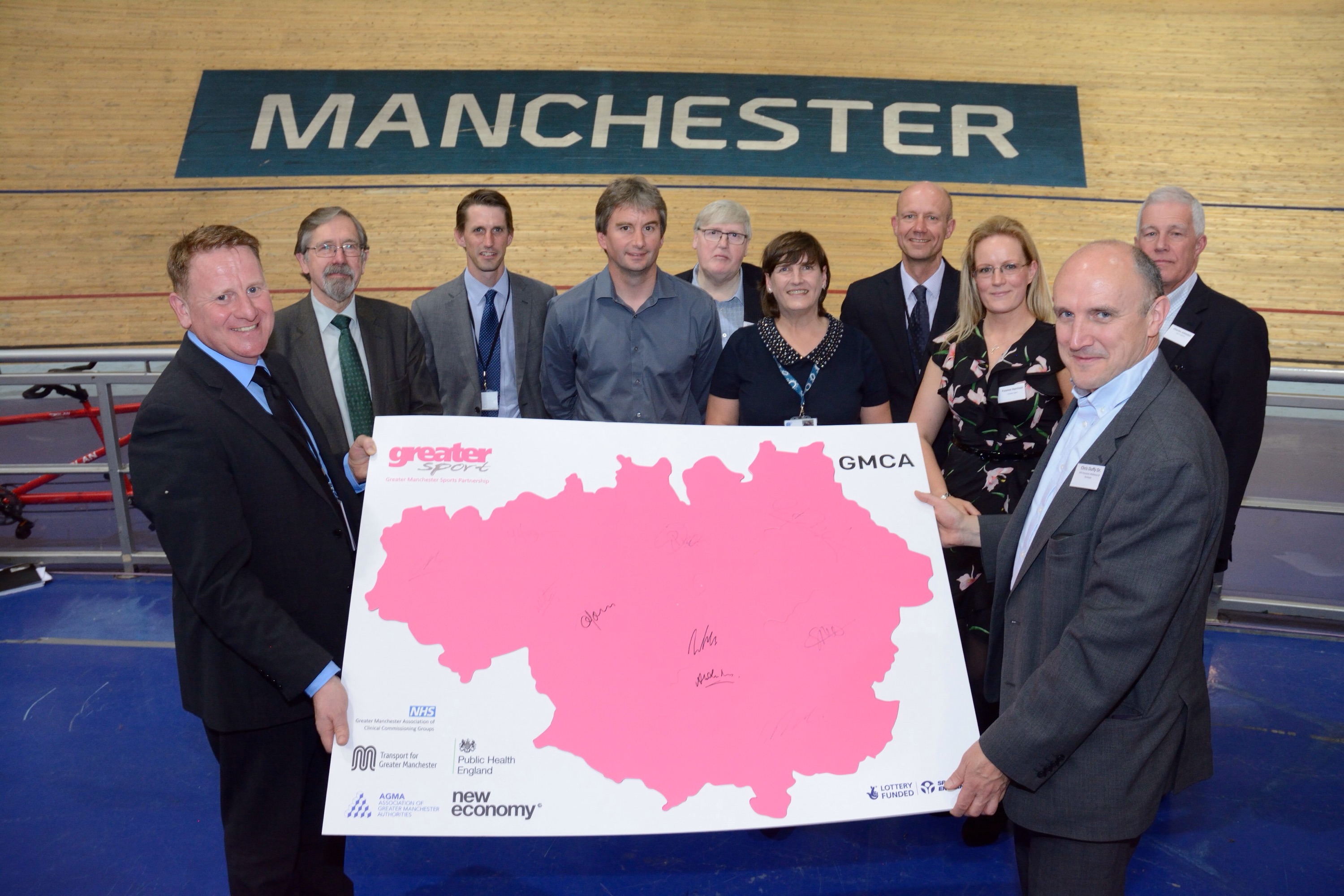 A major new approach aiming to save the NHS in Greater Manchester millions of pounds by inspiring people to get more physically active was launched today at the National Cycling Centre
The ‘Greater Manchester Moving’ blueprint – thought to be the first of its kind in the UK – brings together regional health, sport, transport and local government organisations to collectively tackle physical inactivity.

The blueprint aims to inspire people to be more active through cycling and walking more, as well as taking part in sport.
Physical inactivity contributes to increased rates of chronic conditions including heart disease, type 2 diabetes and high blood pressure, costing the NHS in Greater Manchester more than £35m per year

In the UK physical inactivity is the fourth largest cause of disease and disability, with one in six deaths linked to insufficient levels of activity and exercise.
Across the city region, nearly half of all adults do not meet the Chief Medical Officer’s recommendations for physical activity and a third engage in less than 30 minutes of activity per week, while 20% of children are classed as obese, statistics worse than national averages.
The Greater Manchester Cycling Partnership will make it easier than ever before for people to get on their bikes with the offer of at least 4,000 free places on organised bike rides on more than 300 Sky Ride Local rides, Breeze rides and Ride Social rides organised by British Cycling across Greater Manchester.

Yvonne Harrison, Chief Executive of GreaterSport, said: “Launching Greater Manchester Moving signifies the start of a movement to increase levels of physical activity and sport among the people of Greater Manchester. Partners have committed to a collaborative way of working to influence people’s behaviour at pace and scale to help improve the quality of life for our residents.”