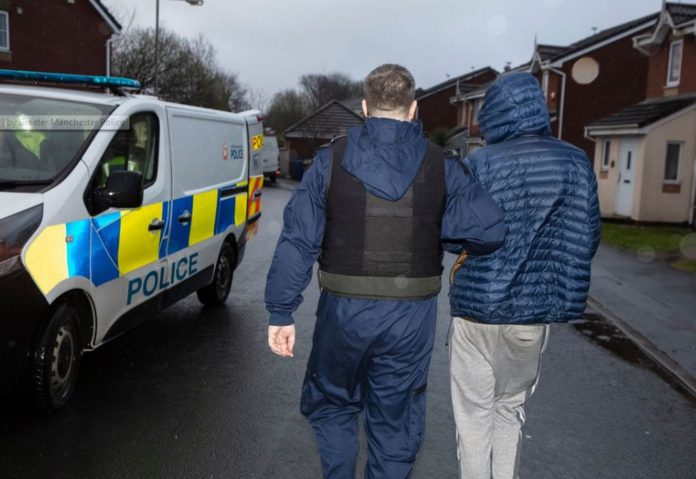 Five people have been arrested following dawn raids in Manchester this morning.

The raids were part of operation,code-named Strike which forms part of an ongoing investigation into the supply of drugs in Manchester.

“This investigation is very much ongoing and I would encourage anyone with information to get in touch with police.

“Challenger Manchester will continue to do everything we can to disrupt the supply of drugs in Manchester and identify those involved in criminality.”

Footage released of fight outside the Printworks as 58 year old still in a...