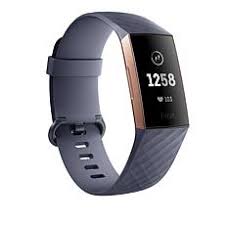 New analysis from Which? has exposed the least reliable fitness trackers for measuring running distance – with one tracker underestimating the distance of a full marathon by 11 miles.

Ahead of this weekend’s London Marathon, Which? tests have uncovered the most inaccurate fitness trackers from big brands including Apple, Fitbit and Garmin – with the least reliable tracker underestimating distance covered by as much as 41.5 per cent.

The worst offender was the Garmin Vivosmart 4, which underestimated the distance of a full marathon by 10.8 miles. Which?’s tests found that when the Vivosmart 4 tells you that you’ve run 26.2 miles, you’ve actually gone almost 11 miles beyond that – meaning those training for a marathon would be actually be running around 37 miles in total.

To illustrate the difference in distance covered using the London Marathon route, runners relying on this model would cross the finish line at Buckingham Palace, carry on running south and continue all the way to South Croydon.

On the other side of the finish line, a runner using the Huawei Watch 2 Sport could find themselves around seven miles short of the finish line of the marathon, with Which? finding this model overestimating the distance covered by 28 per cent.

Relying on the Watch 2 Sport would leave a runner finishing around the 19 mile mark, or near Canary Wharf in this weekend’s marathon – the largest overestimation of distance of any wearable in the study.

Apple fared relatively well in the Which? tests, with the smallest difference between its most and least accurate models. Of the eight Apple models we tested, the most inaccurate was the Apple Watch Series 3 GPS, which overestimated distance covered by 13 per cent, or around 3 miles under the finish line of a marathon. The best Apple model – the Apple Watch Series 1 – only overestimated distance while running by 1 per cent.

Which? testing has also shown considerable variations for tracking running distance within brands too, suggesting that buying a fitness tracker from a well-known or reliable brand doesn’t guarantee accuracy.

“Running a marathon is no mean feat, so runners who are putting in the months of training beforehand will want to know their fitness tracker is trustworthy, and not jeopardising their finish times.

“Our tests have found a number of models from big-name brands that can’t be trusted when it comes to measuring distance, so before you buy, make sure you do your research to find a model that you can rely on.”