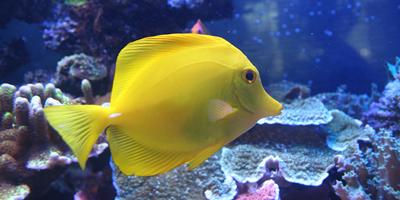 New research has shown that carbon in feces, respiration, and other excretions from fishes make up about 16% of the total carbon that sinks below the ocean’s upper layers.

Ecosystems provide a huge range of benefits and services to humans – one of these is the extraction of carbon dioxide from the atmosphere and its burial either in sediments or in the deep ocean.

Now a team of scientists lead by Dr Grace Saba at Rutgers University and including Dr Clive Trueman from Southampton have amalgamated their existing knowledge to estimate the contribution of fish to the global export of carbon.

Dr Trueman, Associate Professor in Marine Ecology at the University of Southampton who was part of the research team said, “Measuring the amount of carbon that is captured and stored by different kinds of animals and plants is very important as we try to reduce the total amount of carbon dioxide in the Earth’s atmosphere.  Disrupting ecosystems that actively store carbon could reverse some of the progress made in reducing carbon emissions. Similarly, protecting these natural carbon capture and storage services maintains our planet’s self-regulating systems.”

“Marine fishes can capture carbon through feeding and then export that carbon to the deep ocean as they excrete. Understanding just how much carbon is pooed into the deep ocean by fishes is challenging, however.  Scientists argue about the number of fishes present in the world’s ocean, exactly where they live, how much they eat, and how much, and where, they poo.” he explained.

Carbon dioxide absorbed by the ocean is taken up by phytoplankton (algae), small single-celled plants at the ocean’s surface. Through an important process called the biological pump, this organic carbon can go from the surface to ocean depths when algal material or fecal pellets from fishes and other organisms sink. The daily migration of fishes to and from the depths also contributes organic carbon particles, along with excreted and respired material. Another factor is mixing of ocean waters.

Better data on this key part of the Earth’s biological pump will help scientists understand the impact of climate change and seafood harvesting on the role of fishes in carbon flux, according to this study, published in the journal Limnology & Oceanography. Carbon flux means the movement of carbon in the ocean, including from the surface to the deep sea – the focus of this study.

“Our study is the first to review the impact that that fishes have on carbon flux,” said lead author Dr Saba, an assistant professor in the Center for Ocean Observing Leadership at Rutgers University, New Brunswick. “Our estimate of the contribution by fish – about 16 percent – includes a large uncertainty, and scientists can improve it with future research. Forms of carbon from fish in ocean waters where sunlight penetrates – up to about 650 feet deep –include sinking fecal pellets, inorganic carbon particles, dissolved organic carbon and respired carbon dioxide. My guess is that fecal carbon from fish is 15 to 20 percent of the total carbon they release, similar to some zooplankton.”

“Moreover, carbon that makes its way below the sunlit layer become sequestered, or stored, in the ocean for hundreds of years or more, depending on the depth and location where organic carbon is exported,” Saba said. “This natural process results in a sink that acts to balance the sources of carbon dioxide.”

Bedbugs evolved more than 100 million years ago – and walked the earth with...