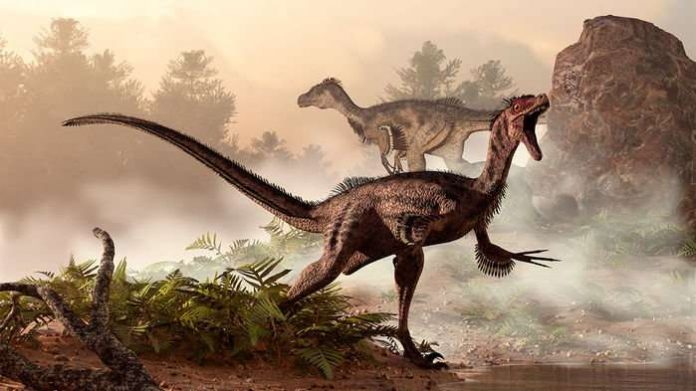 Dinosaurs could thrive and survive in Earth’s prehistoric, oxgen-thin atmosphere due to having lungs like birds a new study led by the University of Manchester has found.

The study, published in Royal Society Open Science, compared dinosaur lungs to those of living crocodilians, such as crocodiles and alligator, and the lungs of modern-day bird species, such as the ostrich. That’s because crocodilians share a common ancestor with dinosaurs and birds are their modern-day descendants.

PhD researcher, Robert Brocklehurst, from the Animal Simulation Lab in the School of Earth and Enviromental Sciences (SEES) at The University of Manchester, led the study.

He says: “The respiratory system of non-avian dinosaurs has been the topic of considerable study over the years, both in an attempt to shed light on the biology of now extinct members of the dinosaur family, and in order to understand the origins and evolution of modern birds and reptiles.”

To investigate the different kinds of lungs the team used CT scans to look at the lung cavities of four modern crocodilians and 29 modern birds and compare their structure with those of 16 different dinosaur species.

The scans revealed that all of the dinosaurs had vertebrae more similar in shape to those of birds than those of reptiles. Plus dinosaur vertebrae jutted into the lung cavity, the same as found in living birds today.

Robert said: “We thought some of the dinosaurs would have lungs more like birds, and others would be similar to reptiles, but this wasn’t the case at all. Every dinosaur sample we scanned just looked like the birds we scanned.”

As well as using CT scans the team removed the lungs of an alligator and an ostrich, and found the skeletal support structures surrounding the lungs were very different in each animal.

The alligator’s lung cavity was smooth and allowed the lungs and other internal organs to glide as they move to pump air in and out while the animal swims. However, the ostrich lung cavity was found to be furrowed, similar to the dinosaurs.

Robert added: “With this new analysis, we quantitatively show that all non-avian dinosaurs possessed costovertebral joints more similar in structure to birds than to crocodilians.”

This means having more efficient lungs like birds allowed the dinosaurs to adapt and thrive in the oxygen-thin environment where other animals groups would have struggled.

Professor Bill Sellers, co-author of the study and also from SEES, said: “If even the very first dinosaurs to evolve had bird-like lungs, this go some way to explaining why dinosaurs became so the dominant animal species of their time. Other animal groups simply may not have had lungs as well suited to extracting oxygen from the air. That simple evolutionary difference may have let dinosaurs rule world.” 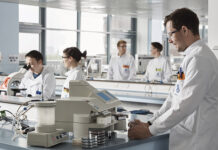